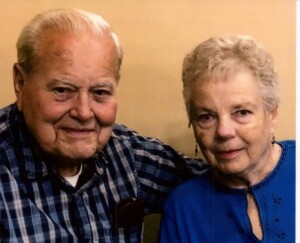 Bud was born in Crookston on February 1, 1937, one of five children of the union of Leonard and Regina (Teuber) Svedahl. He grew up in Crookston, attended Crookston schools, and was a very talented high school athlete. As a senior he proudly participated in the Minnesota State High School Track Meet held in the Twin Cities. Bud graduated from Central High School with the Class of 1955 and continued to enjoy lifelong friendships with several of his classmates. After high school he was employed by Elk River Concrete while spending one winter working in Minneapolis for Westinghouse. In January of 1958 he entered the US Army spending the greater part of his tour at a Nike Missile Base near Philadelphia, PA. On June 27, 1959 Bud was united in marriage to Jean Fortier. In the coming years Bud and Jean would be blessed by the births of two sons, Robert and Richard, who were raised in a very loving home. Following Bud’s honorable discharge from the Army in January, 1961 he returned home and resumed employment with Elk River Concrete. In 1962 Bud transferred to the Company’s plant in Great Falls, MT where he and his family made their home until moving to nearby Opportunity, MT in 1974. They returned to Great Falls in 1983 and then in 1985 Bud and Jean relocated to Duluth so he could work at Elk River’s facility there. In 1989 they returned to Crookston and Bud finished out his long and successful 45-year career where it all began.  He retired in 1999.

The couple’s golden years were spent traveling throughout the country, including a memorable visit to Panama to visit Bud’s sister, Doris. They also enjoyed going for drives around the greater Crookston area and beyond, taking in the sights of the changing seasons. He was a longtime member of the Crookston Collectors Club and Eagles Aerie #873. Bud loved watching sports of all kinds, whether catching the Twins, Vikings, Wild, and Lynx or cheering on the Gophers. He really enjoyed attending UND basketball games in Grand Forks and was a fixture with his buddies in the stands for all the Crookston Pirate fall, winter, and spring athletic events. Coffee with those same friends and others was a daily ritual as they rehashed the games of the evening before, then moving on to solving the world’s problems. Bud really missed being with Jean, and seeing his friends during the last months of his illness. The guys would call Jean daily to relay messages to him to get well soon. Sadly, it was not meant to be.

A public visitation will be held at the Stenshoel-Houske Funeral Home on Thursday, June 11, 2020, from 12:30PM to 2:30PM. A public graveside service will follow at 3:00pm, Thursday 11th, at the Calvary Cemetery in Crookston with Deacon Dennis Bivens, officiating. Military Honors will be provided by the Crookston Veterans Council and the MN National Guard Honors Team from Moorhead.

To send flowers to the family or plant a tree in memory of Ralph "Bud" M. Svedahl, please visit our floral store.