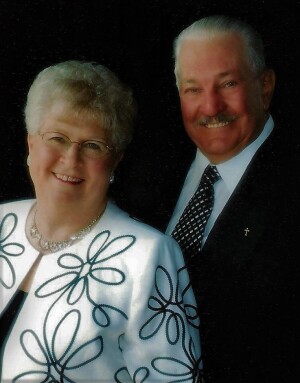 Lawrence Lincoln “Linc” Dufault, age 86, of Crookston, MN, and a former longtime resident of Gentilly, MN, passed away at his residence Saturday afternoon, January 30, 2021, surrounded by his family.

Linc was born on February 12, 1934 in Lambert Township of Red Lake County, near Brooks, MN, the 9th of 14 children of the union of Joseph and Clarice (Boisvert) Dufault. He grew up on the family farm, was baptized and confirmed in the Catholic faith, and educated at a nearby country school and also in Oklee, MN. At the age of 7 he moved with his family to Grand Rapids, MN where he continued his education. Linc’s father passed away when he was still quite young so he went to work doing many odd jobs to help support his mother and family.  He later entered the Minnesota National Guard to earn additional money for the household. In 1951 while training at Fort Rucker, Alabama, Linc was sent to Korea with his heavy weapons unit to join the war effort going on in that nation. He was on the cusp of being sent to the front lines when it was discovered that he was only 15. Linc was sent home with an honorable discharge and the admiration of his commanding officer for his courage and being an exemplary soldier, even though he was too young! He returned to Grand Rapids and in 1954 came to the Gentilly area to work on the farm of his older half-brother, A.J. Langlois. In 1957 Linc was united in marriage to his sweetheart, Madeline Brule, in a ceremony that took place at St. Peter’s Catholic Church in Gentilly. In the coming years they would be blessed with the births of 4 sons and 4 daughters. Linc farmed with his father-in-law, Adolph Brule and had many other jobs until 1958 when he began what would become a 32-year career with the American Crystal Sugar Company in Crookston. He retired as a foreman with Crystal in 1990.

Lawrence and Madeline were faithful members of St. Peter’s Catholic Church where he maintained the building, grounds and made sure that the church was open and ready for church services, including weddings and funerals. He also kept a watchful eye on the Holy Cross Cemetery next to the church. He loved the outdoors, going fishing with his family and friends, bowling, horseshoes and watching the eagle’s soaring overhead always made Linc smile. He was an active member of many clubs including Legion, Eagles, and an honorary life member of the Knights of Columbus recruiting many members including his 4 sons and eventually becoming a member of the 4th degree.

Linc was devoted to his wife and best friend, Madeline, and together they were so proud of their family as they busily kept up with all their activities and accomplishments. For them he leaves behind a legacy that they love one another unconditionally, love the Lord above all else, and love our flag and all it stands for. Linc will be very lovingly remembered and sadly missed by all who were a part of his life.

Mass of Christian Burial for Lawrence Lincoln Dufault will be celebrated at 10:30 a.m., Saturday, February 6, 2021, in the Cathedral of the Immaculate Conception in Crookston with Msgr. Mike Foltz, presiding. Visitation will be at the Cathedral on Friday from 5-7:00 p.m., with a 7:00 p.m. prayer service, and also for one hour prior to the funeral service. Masks are required and social distancing will be observed. Both services will be livestreamed and may be viewed by logging on to www.crookstoncathedral.com at the appointed time and clicking on burials/funerals to watch. Military Honors will be provided by the MN National Guard Honors unit from Moorhead and the Crookston Veterans Council. Interment will take place in the Holy Cross Cemetery in Gentilly in the spring. Memorials may be given in Lawrence’s name to the St. Peter’s Catholic Church.

Online registry and messages of condolence may be given at www.stenshoelhoukse.com

To send flowers to the family or plant a tree in memory of Lawrence L. Dufault, please visit our floral store.