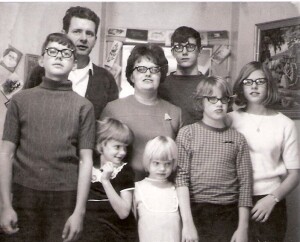 James “Jim” Robert Leier, 91, Crookston, and formerly of Esmond and Devils Lake, North Dakota, passed away Wednesday, November 10, 2021 at the Villa St. Vincent. A military prayer service is planned for Friday, November 19 at 4 p.m. with visitation from 3-4 p.m. at Stenshoel-Houske Funeral Home in Crookston. Military honors will be provided by the US Marine Corps Funeral Honors Team, Wahpeton, ND, and the Crookston Veterans Council.

James was born in Esmond on the Leier family farm to Rochus and Helen (Becker) Leier. He was the second oldest of 11 siblings, attended Rich Valley Grade School, and worked as a farm hand. James met LaVerne “Lovey” Toso and they were married February 18, 1952. Three days later, James was drafted into the U.S. Marine Corps and maintained the bomber aircrafts as a 3rd Marine Airwing in the Korean War. He was honorably discharged February 20, 1954.

James and Lovey moved to Devils Lake where they raised six children: James “Jimmy”, Joel, Julie, Joan, Jill and Janelle. James, a German Catholic, and Lovey, a Norwegian Lutheran, flipped a coin to see what religion they would raise their children and it came up to raise them as Catholic. After six weeks of training with a priest, Lovey was told she should stay as a Lutheran and that’s how their children would be brought up. Every week, James drove the family to church and Sunday School and, after picking them up, they would travel to either the Toso farm or Leier farm for Sunday dinner.

For many years, James drove for Fairmont Foods delivering dairy products and frozen foods, and, later, worked for Jerome Wholesale, Inc., an alcohol distribution company, delivering to small towns throughout North Dakota. He loved to tell people he drove the Budweiser truck and always had a bag of candy for his grandkids.

James and Lovey loved to travel and would load up their six kids in the station wagon on a two-week summer vacation each year to either the east coast or west coast to visit friends and relatives along the way. Later in life, they enjoyed spending time in Virginia, Florida, Alaska, Hawaii and visiting their grandchildren and great-grandchildren across the country. Once James and Lovey became empty-nesters they started the tradition of going out to breakfast every morning come rain, sleet or snow, and many times met up with family or old friends to share the latest news.

After Lovey passed away in 2015, James sold the family home in Devils Lake and lived part-time with his daughters in Grand Forks, Virginia, Florida and Alaska before settling in Crookston. During his time in Crookston, James loved going to the Irishman’s Shanty with his great-granddaughter for breakfast and the waitresses had his order memorized plus ketchup and coffee with cream waiting at the table. He moved to The Summit assisted living apartments in 2018 and then to the Villa St. Vincent a year later before being transferred to the Villa’s Memory Care Unit where he remained in good hands.

Due to COVID, if you’re not comfortable attending the service in person it will be livestreamed by going to the bottom of the obituary page for James Leier at www.stenshoelhouske.com 10 minutes before the scheduled start of the service and clicking on the prompt to view.. A family funeral and burial will be held in Esmond, North Dakota at a later date.

Bless the memory of James Leier and please keep his family in your thoughts and prayers.

To send flowers to the family or plant a tree in memory of James Robert Leier, please visit our floral store.