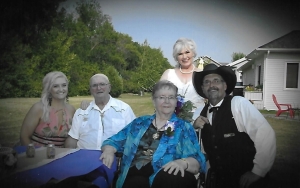 Dennis James Kuzel, 79, of Moorhead, MN, and a former longtime Crookston, MN resident, passed away Tuesday, January 4, 2022, in the Sanford Medical Center, Fargo, ND, with his family at his side.

Denny, as he was affectionately known by family and friends throughout his life, was born on March 24, 1942 in Grand Forks, ND to James and Agnes (Palchak) Kuzel. He was baptized and confirmed in Sacred Heart Catholic Church, East Grand Forks, grew up in EGF, and graduated from Sacred Heart High School. Denny was united in marriage to Judy Ann Vonasek on June 26, 1962 at Tabor, MN. The two soulmates made their home in East Grand Forks while Denny farmed with his father and was later employed at the Grand Forks Home of Economy. In 1968 they moved to Crookston with their son, Darin, and Denny worked for Proulx Refrigeration until establishing his own business, Valley Appliance Service, in 1974. Denny would later accept a position with Plant Services at the University of Minnesota-Crookston, working there until his retirement. Denny and Judy moved to Moorhead, MN in 2020 to be near their son and his family.

Denny was very outgoing and formed great friendships with his co-workers and others over the years. Together with his UMC colleagues: Dennis Tollerud, Glenn Thompson, and Kent Freberg he played keyboard in a local band they formed called “Pony Express”. The four men had a great time as they entertained at nursing homes, birthday parties, and ‘elderly dances’. Denny had a passion for building motorcycles, both 2 and 3 wheeled. Several years ago he fashioned a tractor pedal car that he “drove” in the Ox Cart Days parade, and was awarded an honorable mention by the judges for his entry.

Denny is lovingly survived by Judy, his wife, partner, and best friend for over 59 years; their son and daughter-in-law, Darin and Avis Kuzel of Moorhead, MN; granddaughter, Shayla Wirries of Fargo, ND; great-granddaughter, Charlotte Wirries of Fargo; and members of Judy’s family. He was preceded in death by his parents, James and Agnes; infant son, Jamie John, and infant daughter, Mary Ann; and parents-in-law, Henry and Anne Vonasek. Treasured be the memory of Dennis James Kuzel.

The Funeral Mass for Denny Kuzel will be held at 2:00 p.m., Monday, January 17, 2022, in the Cathedral of the Immaculate Conception, Crookston, with The Rev. Joe Richards, presiding. Visitation will be for one hour prior to the funeral. The Mass will be livestreamed by going to www.crookstoncathedral.com and clicking on the prompt for Funerals. A graveside service will be held at Calvary Cemetery, Crookston, in the spring. The Stenshoel-Houske Funeral Home is assisting with funeral arrangements.

To send flowers to the family or plant a tree in memory of Dennis J. "Denny" Kuzel, please visit our floral store.

A Memorial Tree was planted for Dennis