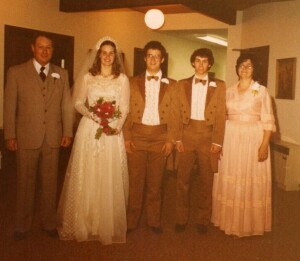 Charles Nathan Hawkins, 84, of Crookston, MN, passed away at his home early Saturday, June 20, 2020, with his loving family at his side. He had been bravely battling an illness for several months.

Chuck, as he was known to family and friends throughout his life, was born on July 27, 1935 at Crookston, MN, the son of Vernon and Louise (Haller) Hawkins. He enjoyed life on the farm as a young boy and graduated from Crookston High School in 1955. Upon graduating he enlisted in the U.S. Army and was stationed in Italy for part of his two years.

On July 16, 1960 he was united in marriage to Janet Eleanor Shoemaker of Virden, Manitoba, Canada. Their marriage took place at the Knox United Church in Virden. The couple made their home in Crookston all their married lives and were members of the First Presbyterian Church. Their marriage was blessed by the births of three children: Deborah, Richard, and Robert. After marriage Chuck took a job with Cenex in Beltrami, MN and later in his career transferred to Grand Forks. After retirement in 1992 he managed the family farm. He held memberships with Crookston’s American Legion Post #20 and Eagles Aries #873.

Special times with Jan and their family were spent playing cards and games, camping, fishing, four-wheeling, and taking vacations that created a lifetime of lasting memories. Sadly, Jan passed away on September 4, 2014. Nothing meant more to Chuck than his family, and he will be very lovingly remembered and sadly missed.

The funeral service celebrating the life of Chuck Hawkins will be held at 10:30am, Monday, June 29, 2020, at the Stenshoel-Houske Funeral Home in Crookston with The Rev. Greg Isaacson, officiating. Visitation will be for one hour prior to the funeral. Interment will take place in the Oakdale Cemetery in Crookston with Military Honors provided by the Crookston Veterans Council and the MN National Guard Honors Unit from Moorhead.
0
www.stenshoelhouske.com

To send flowers to the family or plant a tree in memory of Charles Nathan Hawkins, please visit our floral store.