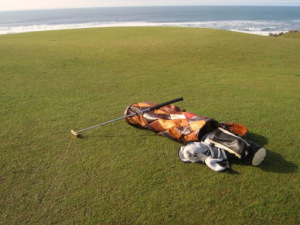 Bruce Allen Mjoen, 73, a longtime Crookston, MN resident, passed away Monday evening, April 6, 2020, in the Villa St. Vincent with his loving family at his side.

Bruce was born at Valley City, ND on November 29, 1946, the oldest of 3 children of the union of Gordon R. and Betty Mae (Schulz) Mjoen. Gordon managed several S & L Stores throughout the region and spent time in several cities before coming to Crookston in 1960. Bruce graduated from Crookston’s Central High School with the Class of 1964. He enlisted in the Minnesota National Guard on January 27, 1964 and received his honorable discharge on January 26, 1970. In late 1964 he began working for Piggly Wiggly in Fargo, and on July 24, 1965 was united in marriage to Marlys Rae Johnston at the First Presbyterian Church in Crookston. Bruce was later transferred by Piggly Wiggly to Minot, ND. He and Marlys returned to Crookston in early 1966 with their infant daughter, Robin. Darin and Dustin would later be born in Crookston. For the next few years Bruce was employed at the Red Owl Store and later Woolworth’s. In 1968 he enrolled at the University of Minnesota Technical College in Crookston, earning an Associate degree in Marketing Management in 1970. He then accepted a sales position with Keebler Cookies before assuming management of the Viking Bar & Lounge. In 1972 Bruce and Marlys purchased the local Montgomery Ward Catalog Agency. From 1975 through 1980 they expanded their business to include a clothing store known as Dustin’s For Men. After selling Montgomery Ward in 1983, Bruce began his career in automotive sales with Nelson Motors, which later became known as Crookston Motors. In 2007 he began employment in the same capacity with Brost Chevrolet. While he retired in December of 2011, he continued to remain available to his clientele. In March of this year Bruce made his 4,365th sale; truly a remarkable and very successful career.

Bruce was a member of the First Presbyterian Church and a former Elder and Deacon. Additionally, he was a great supporter of the Blue Line Club, United Way, UMC Teambackers, and Pirate Boosters, and held memberships in Eagles Aerie #873, American Legion Post #20, the Crookston Chamber of Commerce, Crookston Colonels, was past-president of the Retail Merchants’ Association, a former shareholder and longtime member of Minakwa Golf Club, and a former member of the Elks Lodge. Over the years Bruce and Marlys enjoyed traveling throughout the country and spending part of the winter in Gold Canyon, AZ. Family and friends’ activities included attending stock car races, golfing, playing racquetball and pickle ball, and snowmobiling. Attending UND Fighting Sioux Hockey games was a highlight, and Bruce and Marlys especially enjoyed the Hall of Fame game in Las Vegas with their sons in 2018.

Bruce was diagnosed with an aggressive form of cancer in May of 2019. Marlys and the family joined him as together they united to fight the dreaded illness for as long as possible. Throughout, Bruce remained hopeful and positive; and was an inspiration to caregivers, fellow chemo patients, and friends alike. Bruce loved his daughter and sons and was so proud of all their accomplishments.  He wouldn’t miss any of his grandchildren’s school activities and his great-grandchildren thought “Grandpa Bruce” was the best.

Grateful to have shared in Bruce’s life is Marlys, his beloved wife, best friend, and adventure partner for over 54 years; their 3 children and spouses: Robin and Jim Reitmeier of Crookston, MN, Darin and Dawn Mjoen of Savage, MN, and Dustin and Laurie Mjoen of Moorhead, MN; 6 grandchildren, Kristi (Erik) Griffin of Crookston, Jackie (Brandon) Otway of Grand Rapids, MN, Kelly (Michael) Beiswenger of Crookston, Madelyn Mjoen, a student at the University of Wisconsin, Eau Claire, WI, and Sydney Mjoen and Luc Mjoen, both students at UND, Grand Forks; 2 step-grandchildren, Cassie Sumers (Ashley Blanchard) of Moorhead, and Joe (Molly) Sumers of Moorhead; 3 great-grandchildren: Lily and Evelyn Griffin, and Noah Otway; and 4 step-greatgrandchildren: Joe, Julianna, Maddox, and Maggie Sumers. He also leaves a sister and brother-in-law, Barbara and Howard Reitmeier of Lewiston, ID; brother, Scott Mjoen of Crookston; 2 aunts, Elva Jean Pederson of San Marcos, CA and Mary Meras of Cameron Park, CA; sister-in-law and brother-in-law, Barbara and Roger Janssen of Crookston; sister-in-law, Patty Johnston of Sussex, WI; and many nieces, nephews, relatives, and a host of friends.

Bruce’s life will be honored at a Memorial Service to be held at the Crookston Sports Center at 2:00pm, Tuesday, July 28, 2020 with Trey Everett, Celebrant. Visitation will be Monday, July 27th, from 5-7:00pm at the Stenshoel-Houske Funeral Home in Crookston with a 7:00pm Prayer Service and Sharing of Memories. Visitation will also be at the Sports Center for one hour prior to the funeral. Social distancing will be observed at both services and masks are required by Governor's mandate. Please be advised that after family is seated, seating for friends will be limited to 50 at the Funeral Home and 250 at the Sports Center. To view the service in real time shortly before 2:00pm on July 28th please login on your streaming device (desktop, laptop, smart phone, or iPad) to https://perkinsmediagroup.com/bvslivestream/ or connect through the link on the Stenshoel-Houske website by going to Bruce’s obituary. Inurnment will take place in the Oakdale Cemetery, Crookston, with Military Honors provided by the Minnesota National Guard Honors Team of Moorhead, and the Crookston Veterans Council.

To send flowers to the family or plant a tree in memory of Bruce Allen Mjoen, please visit our floral store.