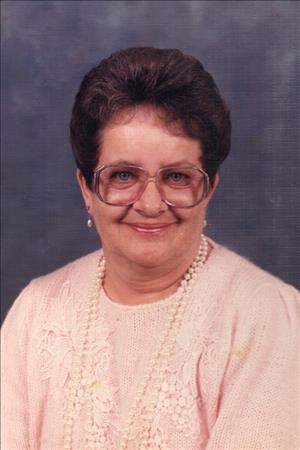 Yvonne Anderson passed away on February 15, 2016 in Crookston, Minnesota. Yvonne grew up in Gentilly , where she attended Country School and later at the Cathedral, where she graduated from high school. She worked in Minneapolis for some time before returning to Crookston where she worked for several years at Jiffy Fry in town. Yvonne married Peter Anderson on December 29, 1972, and the couple lived and farmed near Fisher until retiring in 1985. Yvonne enjoyed fishing, gardening, and playing cards. Yvonne is preceded in death by her parents, Daniel and Alice Dufault; her two brothers, Lloyd and Donald; and her sister, Bernadette. She is survived by her husband, Peter; and four sisters, Kathleen Amiot, Pauline (Louis) Roy, Rosemary (Jerry) Levdale, and Harriot Underdaol.

To order memorial trees or send flowers to the family in memory of Yvonne Anderson, please visit our flower store.