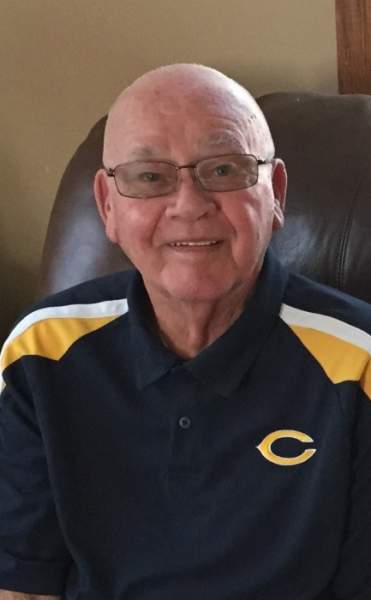 William Rueben “Bill” Hulst, 82, of Crookston, MN, passed away early Tuesday evening, May 29, 2018, at RiverView Health in Crookston, following a sudden illness. He was greatly comforted knowing that his family was at his bedside. Bill was a Leap Year baby, born on February 29, 1936, at the home of his parents, Otto and Clara (Janicke) Hulst in Crookston.  Bill was baptized and confirmed at St. Paul’s Lutheran Church in Crookston and educated in Crookston schools. “Hooker” as he was known to all his family and friends, was a talented high school athlete and varsity letter winner in football, basketball, and baseball. He graduated from Central High School as a member of the Class of 1954. Bill enlisted in the U.S. Navy on May 31, 1956, and served stateside aboard the USS AJAX, based out of San Diego, CA. He returned to Crookston following his honorable discharge on May 26, 1958. He then furthered his education while attending Mayville (ND) State Teachers College. For three years he studied accounting and played baseball, while earning an Associate Degree. Bill was united in marriage to Katherine Mary Steffen on December 31, 1960 at the Cathedral of the Immaculate Conception in Crookston. Their marriage was blessed by the births of three daughters: Paula, Pamela, and Jennifer who were brought up in a very loving home. During the early years of Bill’s working life he was employed by the Crookston Daily Times in advertising sales and later by the Crookston Coca-Cola Bottling Company working in sales and delivery. In 1973 he began a thirty-year career in the Shipping Department of Crookston’s American Crystal Sugar Company. While on his way to work, it was not unusual for Bill to make an early morning stop at Doc’s Place to get in a few hands of cards. Following his well-earned retirement in 2003, he drove bus for Tri-Valley for several years.

Bill was a member of the Cathedral parish, Crookston Eagles Aerie 873, and a former member of American Legion Post 20. He enjoyed bowling with friends in the men’s league every Wednesday night, and played for the Eagles fast pitch softball team, a dominant force in Crookston league play for many years. He never got tired of seeing the trophies on display in the Eagles Aerie from those years and reliving some pretty great memories. Bill played tennis until well into his later years, teaming up at different times with his daughter, Jennifer, and good friends, Gary “Thumper” Thom and Dale “Bones” Johnson.

Bill spent many hours watching his grandchildren participate in tennis, figure skating and hockey.  He also loved watching high school, college and professional sports. Bill loved his newspapers! He would be at Widman’s every morning to pick them up.

Bill will be very lovingly remembered by Kathy, his beloved wife and best-friend of  57 years; their three daughters: Paula and Charles Lariviere, Pamela and Dale Stainbrook of Crookston, Jennifer Thompson and Dave Vigen of Savage, MN; five grandchildren and three great-grandchildren: Ryan and Katie Lariviere and their daughter, Kora, Andrea Lariviere and fiancé, Jordan Brekken, and Rachel Lariviere and Jade Lufkin, all of Crookston, Lorne Simonson of Grand Forks, ND and his children, Destiny and Eian of Thief River Falls, and Landon Stainbrook of Crookston. He also leaves a sister, Sharon Krueger and her husband, Paul, of Detroit Lakes, MN; brother, Hank Hulst and his wife, Donna, of Huron, SD; as well as, several nieces, nephews, other relatives, and many friends who shared in his life. He was preceded in death by his parents, Otto and Clara Hulst; and parents-in-law, Charles and Lorraine Steffen. May God bless the memory of Bill Hulst.

Mass of Christian Burial for William Hulst will be held at 11:00am, Saturday, June 2, 2018, at the Cathedral of the Immaculate Conception in Crookston with The Rev. Vincent Miller, presiding. Visitation will be from 9-11:00am on Saturday at the church. Military Honors will be provided by the U.S. Navy Honors Team and Crookston Veterans Council. Inurnment will take place at a later date in the Calvary Cemetery, Crookston. Memorials may be given in Bill’s name to Crookston Park and Rec or the Crookston Pirate Boosters.

To order memorial trees or send flowers to the family in memory of William "Bill" Hulst, please visit our flower store.