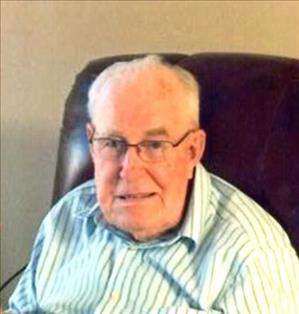 Willard Van Horn, 86, of Moorhead, MN, formerly of Crookston, MN, died at the Eventide Lutheran Home in Moorhead on Thursday, November 17, 2016, with his family at his side. Willard was born at Crookston on January 23, 1930, the son of Frank and Anna (DeBoer) Van Horn. He grew up on the family farm and attended Crookston Central High School. Willard farmed with his father until entering the US Army on April 15, 1952, during the time of the Korean War. He proudly served as a medical technician at a POW camp in Korea until his honorable discharge on March 18, 1954. In recognition of his patriotic service to his country, Willard was awarded the UN Service Medal, the Korean Service Medal, the National Defense Service Medal, and the Good Conduct Medal. He returned home and resumed his farming career. In December of 1958 Willard was united in marriage to Shirley Holland at Roseau, MN. The couple lived in Crookston and together raised their two children, Sandra and Scott. In 1966 Willard began working construction with Bob Tuseth. During the early 1980's the family moved to Grand Forks, ND, where he was employed at Red River Cement. Willard later worked for Jim Bradshaw at Strata until his retirement in 1995. Sadly, Shirley passed away on October 15, 1998. In 2011 Willard moved to Fargo to live with his daughter, Sandy, and her family. In 2014 he moved to an assisted living facility, and in December of that year to the Eventide Lutheran Home. He was an avid collector of scale model classic cars and tractors. In past years Willard enjoyed spending winters in New Mexico and Arizona, and had great fun watching his granddaughters at the lake each summer. He was a former member of East Grand Forks American Legion Post #157 and VFW post #3817.

Loving family members include his daughter and son-in-law, Sandra and Ed Stalemo of Fargo, ND; son, Scott Van Horn of CA; granddaughters, Kathy and Kimberly Stalemo of Fargo; brother and sister-in-law, Dale and Norma Van Horn of Crookston; fiancé, Betty A. Johnson of Crookston; and extended family. In addition to his wife, Shirley, he was preceded in death by his parents, Frank and Anna. Blessed be Willard's memory.

The funeral service for Willard Van Horn will be held at 2:00 p.m., Monday, November 21, 2016, at the Stenshoel-Houske Funeral Home in Crookston, with The Rev. Greg Isaacson, officiating. Visitation will be for one hour prior to the service. Interment will follow at 3:00 p.m. at the Fisher Lutheran Cemetery, Fisher, MN with military honors provided by East Grand Forks American Legion Post #157 and the Minnesota National Guard Honors Unit from Moorhead, MN.

To order memorial trees or send flowers to the family in memory of Willard VanHorn, please visit our flower store.