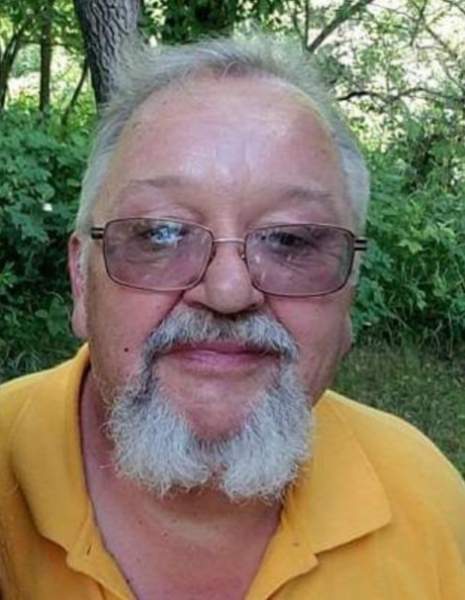 Virgil was born at St. Vincent’s Hospital in Crookston on November 27, 1954, one of three boys of the union of John and Myrtle (Audette) Dufault. He grew up on the family farm near Gentilly, MN and was baptized and confirmed at St. Peter’s Catholic Church. He was educated through the 6th grade at the Cripple Creek School at Gentilly before attending Cathedral High School in Crookston where he graduated with the Class of 1973. While in high school Virgil worked on the Arphere Brault farm. He later attended the Thief River Falls Technical College where he studied Auto Body Repair. During his working career Virgil always did auto body work from his garage at home in addition to his other places of employment. He worked on the Marvin Johnson farm near Crookston and later as a partner with his brothers, Steve and Charles, in Dufault Brothers Janitorial Services. Then for over 24 years Virgil did maintenance work for the Dahlgren Sunflower Company in Crookston. In semi-retirement he helped out on the David Brule farm near Gentilly.

Virgil was a lifelong member of St. Peter’s Catholic Church, and his favorite pastimes included spending time in his garden and going fishing and camping. He will be lovingly remembered and sadly missed by his family and friends.

Virgil is survived by his 2 sisters-in-law, Carol Dufault of Crookston, MN and Dori Palmer and her husband, Loran, of Wahpeton, ND; 7 nieces and nephews including:  Charlene (Robin) Bjerke of Yankton, SD, Patrick Dufault of Underwood, MN, Christine (Wade) Bischoff of Wahpeton, Angie (Scott) Reinhart of Grand Forks, ND, David (Angie) Dufault of Moorhead, MN, Christopher (Jennifer) Dufault of Corona, CA, and Nicholas Dufault (Maria Velez-Climent) of Gainesville, FL; several great-nieces and great-nephews; and an aunt, Elaine Miller of Mora, MN. He was preceded in death by his parents, John and Myrtle Dufault; and brothers, Steve Dufault and Charles Dufault. Blessed be Virgil’s memory.

A Memorial Mass celebrating the life of Virgil Ray Dufault will be held at 10:30am, Thursday, February 27, 2020, at St. Peter’s Catholic Church in Gentilly, MN with The Very Rev. Vincent Miller, presiding. Visitation with the family will be for one hour prior to the funeral. Inurnment will be at St. Peter’s Cemetery in the Spring. Due to family allergies, in lieu of flowers consider a memorial to be used as the family wishes.

To order memorial trees or send flowers to the family in memory of Virgil Dufault, please visit our flower store.