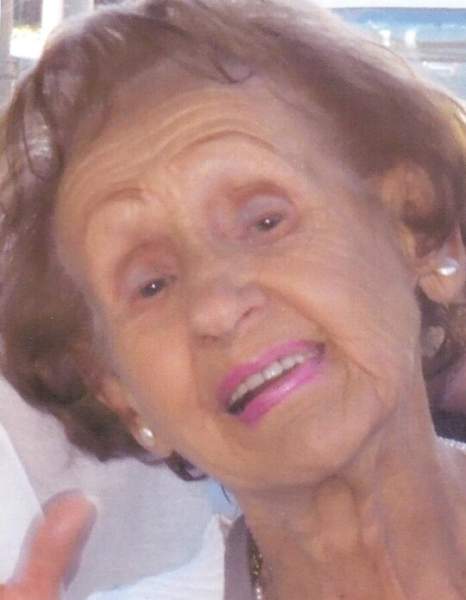 Violet Clarine Doda, 92, of Crookston, MN, passed away early Sunday morning, January 24, 2021, at RiverView Health in Crookston with her daughters Sharon and Shirley at her side.

Violet was born on her family’s farm in Spring Creek Township in Norman County, near Fertile, MN, on March 10, 1928. She was one of 8 children born to the union of Abe and Clara (Johnson) Olson. Violet was baptized and confirmed at Concordia Lutheran Church, Fertile, MN. She attended school in Fertile. As a young girl she worked as a housekeeper-nanny in the households of several family members. She later became employed as a nurse’s aide at the Bethesda Nursing Home in Crookston, MN. On April 13, 1948 Violet was united in marriage to Steve Doda in Crookston. Their marriage would be blessed with two daughters, Sharon and Shirley. The couple farmed near Euclid, MN until moving into Crookston in September of 1961. Steve was a very talented woodworker and carpenter, did all the remodeling on their Lowell Street residence to ensure that it would become their “forever home.” Violet returned to work at the Bethesda Nursing Home, which later became known as the Riverview Nursing Home. She retired from her long and rewarding 42-year career as a CNA in 2003. Sadly, Steve passed away on July 25, 2008. Violet recently moved to Fair Meadow Assisted Living in Fertile,MN.

Violet and Steve were longtime members of Trinity Lutheran Church in Crookston. Violet also held memberships in the VFW and Eagles Aux. Waltzing with Steve captured the attention of many on Saturday evenings at the Eagles as they would gracefully glide across the floor. They enjoyed traveling with the girls and Violet just loved staying in hotels and going shopping. She took great pride in her flower gardens and just loved being outdoors. Her flower choices were always those that attracted hummingbirds. Violet was an avid fan of the MN Twins and MN Vikings. For many years she adored her dog Penny. Violet’s life can best be summed up by her devotion to Steve during their 60-year marriage; the joy of love shared with their 2 daughters; and the pride she felt while attending the school events and sporting activities of her grandchildren and great-grandchildren.

The funeral service for Violet Doda will be held at 11:00 a.m., Saturday, June 19, 2021 in the Trinity Lutheran Church in Crookston with The Rev. Greg Isaacson, officiating. Visitation will be for one hour prior to the service. The funeral will be livestreamed by logging on to www.stenshoelhouske.com, going to the bottom of Violet’s obituary page and clicking on the prompt to view the service. Interment will follow in the Oakdale Cemetery, Crookston. The Stenshoel-Houske Funeral Home is assisting with arrangements.

To order memorial trees or send flowers to the family in memory of Violet Doda, please visit our flower store.