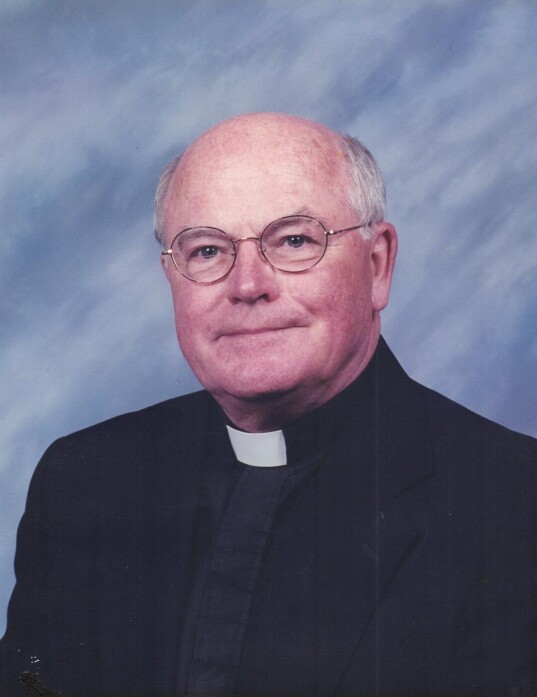 Visitation will be on Sunday, November 8, from 2:00-4:00 p.m. with a prayer service starting at 4:00 p.m.  Funeral services will be Monday, November 9, at 11:00 a.m. all at the Cathedral of the Immaculate Conception, Crookston.  Interment will be at Calvary Cemetery immediately following the funeral.  Masks are required and social distancing will be observed. Both the prayer service and the Mass will be livestreamed by logging on to www.crookstoncathedral.com up to 10 minutes before the respective start times and clicking on funerals and burials. The Stenshoel-Houske Funeral Home of Crookston is assisting with arrangements.

Msgr. Noesen was born in Crookston, the youngest of eight children, to Louis and Teresa Noesen on December 22, 1929.  He attended Cathedral Grade and High Schools in Crookston.  He then attended St. John’s University receiving a B.A. in Philosophy in 1951 and continued his seminary studies there and was ordained for the Diocese of Crookston by Bishop Francis J. Schenk at the Cathedral on June 4, 1955.  He continued his education at the Loyola Communications Institute in New Orleans (1974) and did a sabbatical at the Graduate Theological Union in Berkeley, California (1986).

He retired from active ministry in July 1999 enjoying his retirement home on Maple Lake and later an apartment in Crookston.  He routinely took weekend assistance for clergy who needed substitute help because of illness or vacation time.  He entertained on his electric keyboard for 28 years on Friday evenings at the Irishman’s Shanty in Crookston delighting the clientele with his jazzy rendition of the golden oldies.  He was an avid biker and was proud to say that he had traveled on his motorcycle to all the states in the nation except Hawaii.  He also traveled to Europe visiting the ancestral towns of the Callaghan (Ireland) and Noesen (Luxemburg) families.

Fr. Jerry had a lively and attractive personality, appreciated by both young and old.  He was a great hockey fan and coach, camper and canoeist, down-hill skier and water boarder.  He loved nature, and even in his final months when his mental capacities were beginning to fade he would still comment on the beauty of sun-drenched water and trees and the fascinating variety of birds.  He commented that God’s favorite colors must be blue and green. He was ever the faithful priest and pastor, a sympathetic listener, and fervent preacher, especially for pro-life causes.

He is survived by his sister Betty (John) Fitzsimmons of Roseville, and many nieces and nephews, cousins, and extended family. He was preceded in death by his sisters: Winifred Laurent, Adelaide (John) LaBonte, Eileen (William) Miller, and his brothers: Joseph (Lila, Bea), Harold (Mary), Robert (died at age 2).

The Bishops and priests of the Diocese and his family wish to thank the staff at Riverview Health and the Villa for their attentive and loving care of him these past two-plus years.

To order memorial trees or send flowers to the family in memory of The Rev. Noesen, please visit our flower store.