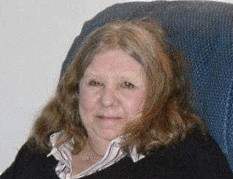 Terryl Leahtrice Garry, 71, of Detroit Lakes, MN, passed away Monday afternoon, July 25, 2022, at Essentia Health-St Mary’s in Detroit Lakes with members of her family at her bedside.

Terryl, or Terri, as she was also affectionately known, was born in Crookston on July 24, 1951, one of six children of the union of Terrance “Terry” and Dorothy (Hegg) Garry. She was baptized and confirmed at the Cathedral of the Immaculate Conception and grew up in the Euclid-Crookston area. She attended St. Mary’s Catholic Church in Euclid and graduated from Crookston Central High School with the Class of 1969. Terryl continued to live in Crookston where her first daughter, Melissa, was born in 1971 and they moved to Denver, Colorado in 1974. After working there for two years she returned to Crookston, where daughter, Shannon, was born. For many years Terryl provided daycare for over 70 children at different times and became a mom and grandma figure to so many children. In 1987 Terryl moved to Des Moines, Iowa where she was employed at various positions including pharmacy tech and manufacturing sales rep. She returned to the area in 1994, settling in Detroit Lakes, where she made her home to the present time. Terryl was employed by West Central Turkey in nearby Pelican Rapids, and SJE Rhombus and a large greenhouse company in Detroit Lakes. Her love for children and the satisfaction she received from caring for them brought her back to childcare. The number of little ones that loved her as much as she loved them continued to multiply.

Eventually with her health in decline Terryl reluctantly gave up her childcare passion. She continued to dote on her beloved grandchildren and great grandchildren who meant the world to her; and Molly, her pup who was as much like family as were the kids. Throughout her many years of traveling the country she was especially proud to have never gotten a speeding ticket or even had so much as a ‘fender-bender.’ Terryl’s favorite hobbies included cooking and baking, crafting, doing word search puzzles, watching her favorite soap operas, playing casino games on her computer, visiting the local casinos, and going shopping!

Mass of Christian Burial for Terryl will be celebrated at 11:00 a.m., Monday, August 1, 2022, at St. Mary’s Catholic Church in Euclid with The Rev. Xavier Ilango, presiding. Visitation will be for one hour prior to the funeral. The Mass will be livestreamed by going to Terryl’s obituary page at www.stenshoelhouske.com and clicking on the prompt to view. Burial will take place in the Prairie View Cemetery, near Euclid.

To order memorial trees or send flowers to the family in memory of Terryl Garry, please visit our flower store.