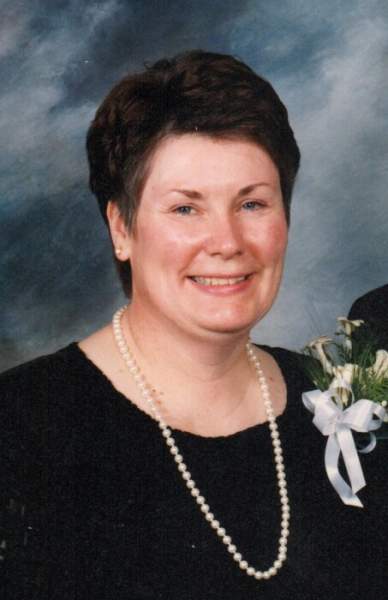 Susan Kay Wolfe, age 71, passed away on May 25, 2021 at Riverview Care Center in Crookston, MN, after a long battle with Alzheimer’s Disease.

Susan Kay Mauer was born September 7, 1949 in St. Paul, MN, to William and Mary (Stephens) Mauer. Susan lost her father at a young age, but she had a strong mother who enabled her active participation in 4-H and Junior Achievement. Susan’s mother was 100% Irish, and Susan as a youngster marched in numerous St. Patrick’s Day parades in St. Paul. Susan graduated from Johnson High School in St. Paul in 1967, and from the University of Minnesota, Twin Cities, with a degree in journalism, in 1971. She married Terry Wolfe on September 20, 1969, and they moved to Crookston in 1972.

Using her journalism skills, Susan worked for the St. Paul Dispatch newspaper, Business Voice magazine, and later for KROX radio where she reported on Crookston city council and school board meetings. In addition to writing, Susan truly loved children. As a teenager, she worked with youth on playgrounds. When her own children were young, she volunteered as a Girl Scout Brownie troop leader, Busy Bees 4-H Club adult leader, and parent helper at Washington School. Later, she worked as the school secretary at Washington School and Lincoln School. Eventually, she transferred to the Crookston High School, where she worked as the administrative assistant in the guidance office until retirement. There, she enjoyed helping high school students as they prepared for college.

Susan was an amazing listener and confidant, making you feel like the most important person in the world as she gave you her full attention, whether it be in person or on a multi-hour phone call. She loved shopping and attending craft shows, and sold her own craft items as well. She was an avid gardener and created a beautiful backyard garden oasis. She was a wonderful cook and made delicious O’Henry bars. Susan was also a prolific reader, loyal Tab drinker, lover of Seinfeld and Saturday Night Live, and a force to be reckoned with in family ping-pong tournaments.

Susan’s family is grateful to the staff at Riverview Care Center for the many years of exceptional care.

Funeral services will be held on Wednesday, June 2, 2021, at Stenshoel-Houske Funeral Home in Crookston. Visitation will be held from 4 to 6 p.m., with a memorial service to follow at 6 pm.

To order memorial trees or send flowers to the family in memory of Susan Wolfe, please visit our flower store.