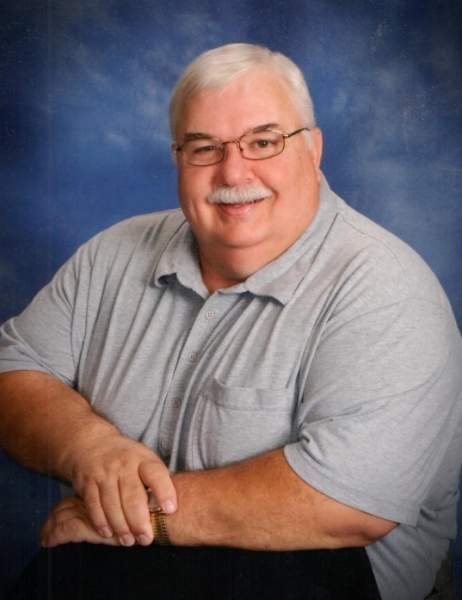 Steven N. “Steve” Dufault, 68, of Crookston, MN, passed away early Wednesday evening, December 18, 2019, at RiverView Health in Crookston with members of his loving family at his side.

Steve was born in Crookston on June 17, 1951, one of three boys of the union of John and Myrtle (Audette) Dufault. He grew up on the family farm near Gentilly, MN and was baptized and confirmed at St. Peter’s Catholic Church. He was educated through the 8th grade at the Cripple Creek School at Gentilly before attending Cathedral High School in Crookston where he graduated with the Class of 1969. While in high school Steve coached the girl’s hockey team of Crookston’s Mount St. Benedict High School and was a member of the ski patrol at the skiing area near Red Lake Falls. After graduation from Cathedral he enrolled at the University of Minnesota-Morris, majoring in Biology and minoring in Geology, and is where he met his future wife, Carol Jean Schroeder. During his senior year Steve and Carol were united in marriage on November 27, 1971 at Assumption Catholic Church in Morris, MN. After earning his Bachelor of Science Steve and Carol moved to Crookston where he began employment with the Brule-Cournia Insurance Company followed by a position at J.R. Simplot Company. He later took a research position with Dr. Phil Buckley at the University of Minnesota Technical College which was followed by a similar position with the Dahlgren Sunflower Company also in Crookston. He later worked for a short time doing research at American Crystal in Grafton. During these years the young family was growing as they welcomed daughter, Angie, and sons, Christopher and Nicholas. They moved from Crookston to live on farmsteads near Huot and Gentilly. Following time spent as a dairy herd inspector for the Dairy Herd Members Association of Red Lake Falls, Steve accepted employment as a research scientist with the USDA Human Nutrition Lab in Grand Forks. In 2014 he retired after a long and very successful career. Steve and Carol moved into Crookston in 2016.

Steve was a lifelong member of St. Peter’s Catholic Church and had been also attending the Cathedral of the Immaculate Conception. As a young man he was very active in the Crookston chapter of the Jaycees.Throughout most of his adult life Steve had been a Ham Radio Operator. It was not only a hobby, but his passion. He enjoyed his life, and being able to spend it with Carol, the love of his life, as they together raised their kids and spoiled their grandkids. His quick wit, vibrant smile, and big personality will be forever missed.

Left to cherish Steve’s memory is Carol, his beloved wife of 48 years; their 3 children and spouses: Angie and Scott Reinhart of Grand Forks, ND, Christopher and Jennifer Dufault of Corona, CA, and Nicholas Dufault and wife, Maria Velez-Climent of Gainesville, FL; 5 grandchildren: Jayden Reinhart, and Jonathan, Juliet, and Faith Dufault,  and Edwin Dufault-Velez; his brother, Virgil Dufault of Crookston; sister-in-law, Dori and husband, Loran Palmer of Wahpeton, ND; 4 nieces and nephews: Patrick Dufault, Charlene (Robin) Bjerke, Christina (Wade) Bischoff, and David (Angie) Dufault and their families; an aunt, Elaine Miller of Mora, MN; and Carol’s siblings, Kim Schroeder of Willmar, MN, and William Schroeder and wife, Cindi of Redwood Falls, MN; and many friends. He was preceded in death by his parents, John and Myrtle Dufault; brother, Charles Dufault; and parents-in-law, William and Hulda Schroeder. Blessed be Steve’s memory.

A Memorial Mass for Steve Dufault will be held at 1:00pm, Monday, December 23, 2019, at the Cathedral of the Immaculate Conception in Crookston with The Very Rev. Vincent Miller, presiding. Visitation with the family will be at the Cathedral on Sunday from 5-7:00pm, with a 7:00pm prayer service, and again at the church for one hour prior to the funeral. Inurnment will be at St. Peter’s Cemetery in Gentilly, MN Spring 2020. Due to family allergies in lieu of flowers consider a memorial to be used as the family wishes.

To order memorial trees or send flowers to the family in memory of Steven N. Dufault, please visit our flower store.