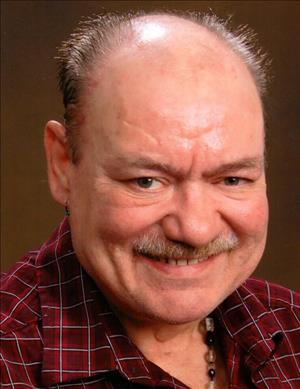 Steve was born July 19, 1957 in Fosston, MN, the son of Norman and Alice (Johnson) Nelson. As a 6th grade student of Carol Olson, he frequently visited the farm which lead to spending summers there. At age 13, he officially became Bryon Sr. & Carol Olson's foster child. He was a happy child and willing to be helpful. As other children joined the family he loved being a "big brother".  He helped with farming and in the home. He was skilled at fixing things, repairing electrical, as well as building and remodeling.  He enjoyed school and activities, along with making many friends.

Steve graduated from Fertile-Beltrami High School with the class of 1976. He was a member of Concordia Lutheran Church in Fertile, MN. He started working while in high school for Fertile Lockers and Meat Market owned by Chuck and Merna Vind. He worked for Monroe Hagen Honey Company for a few years, and then he owned and operated Fertile Lockers and Meat Market until approximately 1998. He was married to Sylvia Morvig from October 21, 1978 until 1999. They had two children, Jessica and Ryan.

In later life, he reconnected with Shirley Lewis who had nurtured him as a small child. He repaid her kindness by helping with the upkeep of her home doing maintenance, lawn mowing and shoveling snow.  He was eager to be as helpful as he could to anyone in need.

He is preceded in death by both his parents, Norman and Alice A. (Johnson) Nelson; a brother, Gerald D. Nelson; sister, Katherine (Nelson) Bruley; sister in law; Karen (Gruhot) Nelson; his grandparents, uncles, and aunts.

To order memorial trees or send flowers to the family in memory of Steven Nelson, please visit our flower store.