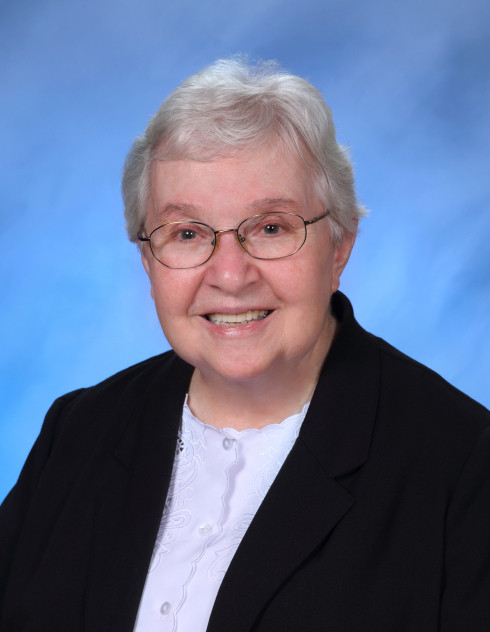 Sister Lorraine was born on May 10, 1933, near Fisher, MN, the third of 15 children and the oldest daughter of Elizabeth (Wald) and Joseph Kraft. When she was a young child, the family moved to Pontiac, MI, where she started school at Saint Michael’s. They then moved to Karlsruhe, ND, and back to the Fisher area. Sister Lorraine appreciated her German-Russian heritage and took joy in cooking some of the ethnic foods she learned from her mother. However, one of her greatest joys was traveling with Sisters Cathi Merck and Anita Whalen and their family to Alsace-Lorraine and Ukraine to trace their family heritage, which, coincidentally, was the same as hers.

In 1980, she received the opportunity to serve in Bogotà, Colombia as Colegio Santa Maria’s director, an all-girls school with close to 1000 students from primary grades through high school. This experience provided several unique challenges for Sister Lorraine. First, she did not speak Spanish and had to learn and use it quickly. Second, learning to live in a different culture presented some difficulties, but overall it was exciting and interesting. Third, she had to become acquainted with the Ministry of Education’s various requirements and ensure the school complied with them. Sister Lorraine has many fond memories of her time at Colegio Santa Maria. Though she left in 1983, Sister Lorraine has been invited back twice as a school guest.

After Sister Lorraine returned to the United States, she earned a master of arts degree in religious education from the School of Theology, Saint John’s University, Collegeville, MN. Sister Lorraine’s life then took a turn when she became the Director of Religious Education at Holy Spirit Parish in Fargo, ND, and then the pastoral associate of Saint Rose of Lima Parish in Argyle. In 1999, Sister Lorraine returned to the Mount as the Director of Mount Saint Benedict Center, a position she held until she became the liturgy assistant in 2012.

Sister Lorraine will be remembered at a prayer service at 11:00 a.m., followed by the Mass of Christian Burial at 2:00 p.m. on Wednesday, July 27, 2022. Services will be at Sacred Heart Chapel at Mount Saint Benedict, 620 Summit Ave., Crookston. Visitation will begin after the prayer service and last until before the funeral Mass. The wearing of face masks will be required by those attending.

Gifts in honor of Sister  Lorraine may be given to Mount Saint Benedict Foundation, 620 Summit Ave., Crookston, MN 56716. The Mass will be livestreamed by going to Sister Lorraine’s obituary page at www.stenshoelhouske.com and clicking on the prompt to view.

To order memorial trees or send flowers to the family in memory of Sister Lorraine Kraft, OSB, please visit our flower store.