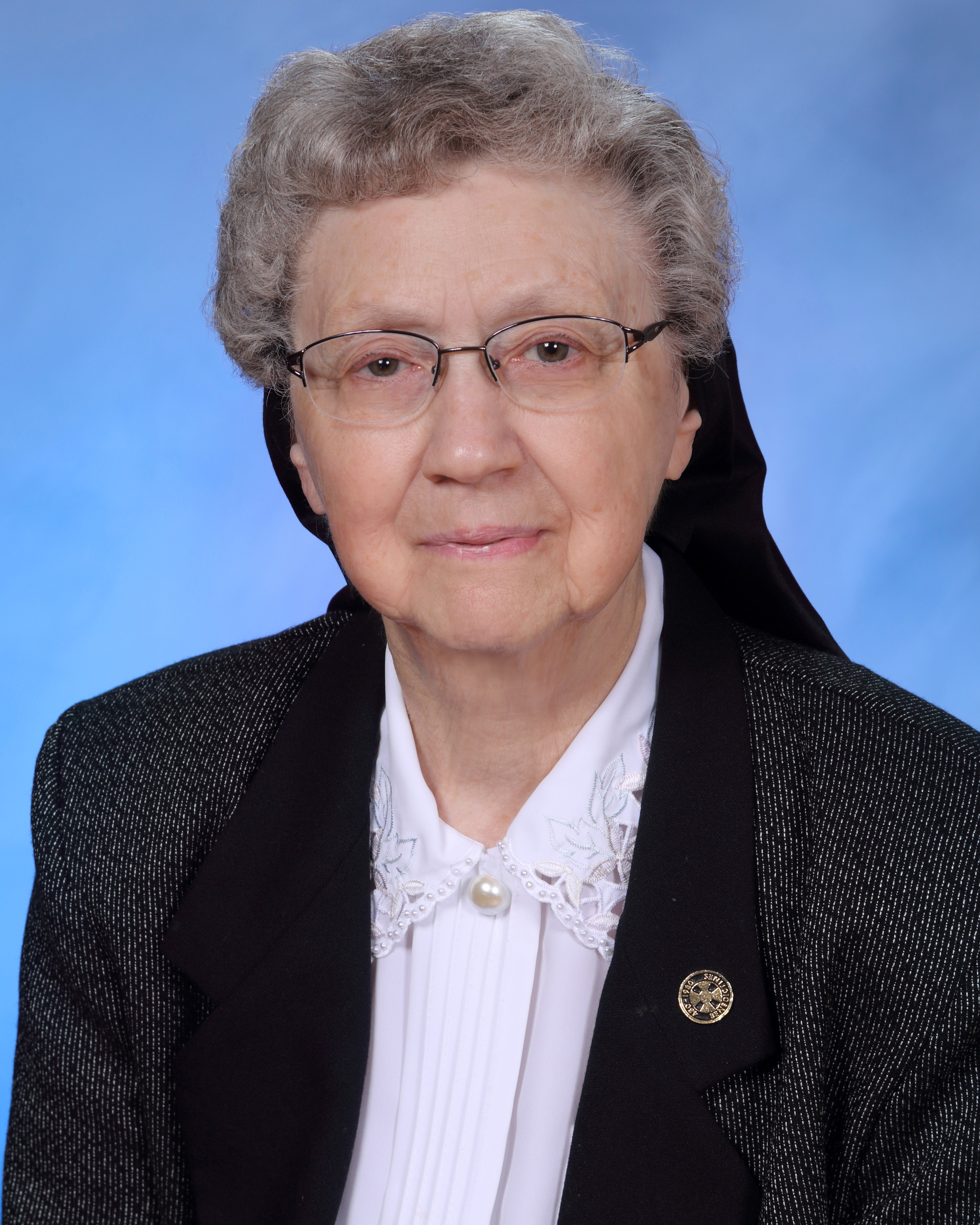 Sister Adeline Karels was the second of five children of Marcus and Katherine (Kelzer) Karels. Though her parents baptized her Joanne Kathryn, she was called Annie.

Annie attended Saint Joseph’s School in Rosen, where she admired Sister Bernarda, her eighth-grade teacher. Next she attended Mount Saint Benedict Academy, where she again esteemed her teachers.

At the age of eighteen, she entered the Sisters of Saint Benedict. She received the Benedictine habit and the name Sister Adeline on July 4, 1948. A year later on July 3, 1949, she made her first vows.  She made final monastic profession on July 11, 1952. A few years later her sister, Sister Marmion, joined her as a member of the Sisters of Saint Benedict. Sister Adeline knew her not only as her sister but also as her best friend.

Sister Adeline served in the healthcare ministry for most of her adult life. She received her nurse’s training at Mount Marty College in Yankton, SD, and her anesthesia training at Saint Cloud Hospital School of Anesthesia.

Sister Adeline nursed as an RN at Saint Francis Hospital in Crookston. After receiving her anesthesia training, she served at Saint John’s Hospital in Browerville, Saint Mary’s Hospital in Detroit Lakes, and the Out-patient Surgery Center in Willmar. Upon retiring as an anesthetist, Sister Adeline found a second ministry making and decorating candles for sale in the Mount Saint Benedict candle department. After the candle department closed, she served as sacristan for the sisters’ chapel.

Sister Adeline said that the things she appreciated about monastic life at the Mount were the quiet atmosphere, the Liturgy of the Hours, times for reflection, family-style living and community celebrations.

Sister Adeline claimed that she received the hundredfold promised by Jesus to those who follow him. (Mark 10:30)

Sister Adeline was preceded in death by her parents, Marcus John Karels and Katherine Karels, and her siblings Eugene and Charles (Patricia) Karels. She is survived by Sister Marmion Karels and Richard (Arlene) Karels, many nieces and nephews and the Sisters of Saint Benedict of Crookston.

On Friday, November 11, a prayer service celebrating Sister Adeline’s life will be held at 11:00 a.m. and the Mass of Christian Burial at 2:00 p.m. Both services will be held at Sacred Heart Chapel of Mount Saint Benedict Monastery.

The Mass will be live-recorded for later viewing on www.stenshoelhouske.com.

Gifts in honor of Sister Adeline may be given to Mount Saint Benedict Foundation, 620 Summit Ave., Crookston, MN 56716.

To order memorial trees or send flowers to the family in memory of Sister Adeline Karels, please visit our flower store.