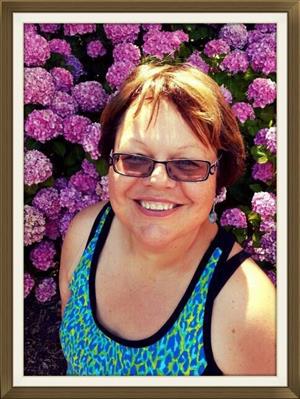 Climax, MN. Signe Vraa has died. Russel and Bernice Wahl had their fourth baby girl on March 30th, 1960. Russel's mother, Borghild, declared it a great blessing to have a granddaughter born on her birthday, so the child must be named Signe, which means "blessing" in Norwegian. Signe did her growing up around Hitterdal, MN and early on met a neighbor girl named Maurene Busby. They were fast friends ever after.

When Grandma Borghild died, Signe and her sisters compiled and edited her writings into her dreamed of history book. The book included stories, like when Grandpa Henry's fat cousin, the butcher, bought a ride in an early barnstorming airplane, which ended in a tragic crash, landing on top of a horse drawn school bus. The local paper reported, "It just goes to show that not too much care can be taken on all occasions of a special nature." Signe graduated from Moorhead State University with a Master's Degree in Speech Pathology and Audiology, and later went back to become certified in Special Education. Signe worked at Milnor and Sheldon and Enderlin public schools, Crookston schools, and at the Carl Ben Eilson School at the Grand Forks Air Force Base, where she sometimes was able to help a young child catch up from a language delay or compensate for a learning disability. Later, Signe worked for several group homes in Crookston. Bernice, in her last years, developed dementia, and Signe made Bernice a home where she felt loved and safe. Signe died on October 18, 2016, at the Sanford Medical Center in Fargo, ND. Cancer took her. Signe would sometimes say that she did not have many friends, but this is one time, dear Signe, that you were wrong. Signe leaves behind her poodle dog and constant companion, Winnie. Uncles and Aunts, Elizabeth, Cliff and Judy, Bob and Pat, and Betty; Cousins, Gwen and Barry, Virgil and Kitty, Keith and Linda, and tons more (Bernice had eleven siblings for God sakes!); In-laws, Art, Mary Lue, Cheryl, David and Rocio, Paul and Heather, Eric and Mary, Ivan, Tom and Mary Ellen and Kristen and Maddy, Lee and Bridget and Ken, Barbara, and Carolyn; Nieces and Nephews, Robin, Colon, Paul, Erin and Matt and Elizabeth and Cayleb, Zebulon and Amanda and Ean and Maddy, Bethany and Matthew; Friends, Maurene and David and Katie and Ezra and Emily, her bestie Kim and George and Joan and Ali and Zachary and Anastasia and Remington, Kris and Dave and Dillon, Brian and Jerry and Sweden and Landin, Molly and Dana and Ella and Lucy, Darrell and Marlene, Dave and Kirk and Laura, Jerry and Alvern and Prince and Bonnie, Mark and Nancy and Laura and Andrew, Ingrid, Kelsey and Annette and Jerry, Harold, Paul and Kari and Katie and Zac, Helen and Charley, Sharon and Mat, JB and Kathy, Ann, Paul and Reidar, Anna, Sissie, Bob and Deon, Keith and Julie, Rick and Judy, Kendal and Kathy, and oh so many more, including me, Husband John. Signe and I met in Norwegian Class at MSU and were married on Syttende Mai 1984. For thirty two years, Signe played Pooh to my Piglet and proved A.A. Milne right, it was friendlier with two. Please join us on Sunday, October 30, 2016, from 5 pm to 7 pm, at the Climax Community Center to remember Signe.

To order memorial trees or send flowers to the family in memory of Signe Vraa, please visit our flower store.