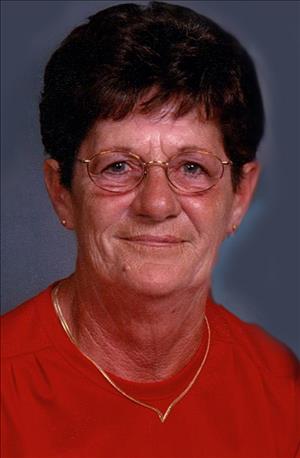 Shirley Doris Tabatt was born on August 20, 1938, in Elliot, ND, to Reinhold and Kathryn (Raile) Schock. She attended school in Lisbon, Stirum, and Fargo, ND. Shirley married Robert Ray Tabatt on October 28, 1961 in Fargo, ND. They lived in Fargo, ND until 1964 then moved to Crookston, MN.

Shirley was employed at Dahlgren and Co for 30 years, and then at Tri-Valley Head Start for 8 years as a Head Start Bus Monitor. She was a member of the Trinity Lutheran Church and a long-time member of the Veteran's Auxiliary in Crookston, MN.

Shirley liked to go camping and fishing, and did so for many years at Pinehurst Resort with her husband Robert and daughter Tammy and Paul, and son Tim, Holly and girls. She liked to play Farkle with her family and was an avid bingo player at the VFW and enjoyed gardening. Shirley would talk with her hands and smile with her eyes, as she was a very loving person, but she had her strong German personality. Shirley is survived by her son Tim (Holly) Tabatt of Grand Forks, ND; Son-in-Law: Paul Lautt of Grand Forks, ND; Grandchildren: Ashley and Taylor Tabatt; Brothers: Lester Schock of Casselton, ND, Robert Schock of Lake Park, MN, Kenneth (Marlyn) Schock of Fargo, ND; Sister: Beverly (Richard) Brudevold of Mahnomen, MN, and many nieces, nephews and other relatives. Shirley is preceded in death by her parents: Reinhold and Kathryn Schock; her loving husband Robert Tabatt; daughter: Tammy Lou Lautt; sister: Agnes Pallum; brother-in-law: Marvin Pallum; brothers: Arloe Schock, Oscar Schock, Lyle Schock; sister-in-law: Charlotte Schock and Sharon Schock. A memorial service will be held Friday, June 17, 2016 at 1pm, with a visitation one hour prior to service, at the Stenshoel-Houske Funeral & Cremation Service in Crookston, MN.

To order memorial trees or send flowers to the family in memory of Shirley Tabatt, please visit our flower store.