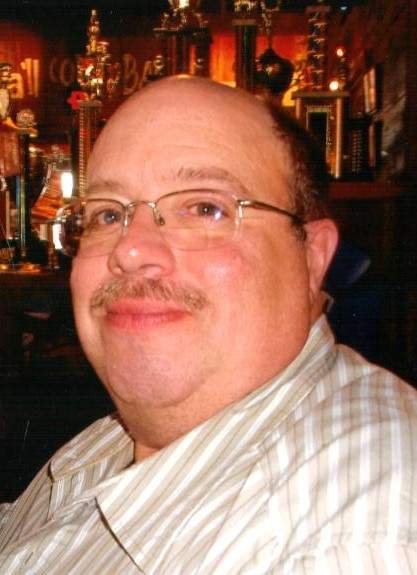 Russell Eugene “Russ” Tate, age 63, of Crookston, MN, passed away on Sunday, February 7, 2021, with his loving family by his side after a courageous battle with pancreatic cancer.

Russ was born on January 10, 1958, in Crookston, MN, the son of Raymond and Rosemary (Prudhomme) Tate.  He was raised in Gentilly, MN, and graduated from Crookston Central High School.  During school and after he worked at Pamida Department Store in Crookston, MN.  It was here that he met Gayle Vagle and they were united in marriage on February 24, 1979.  Russ got a job with ELCO and the moved to Nebraska and were later relocated to Kansas.  They then moved to Fargo, ND, Russ worked at a 7-11 and then a photo developer.  It was at this time that they adopted their son and Russ’s best friend Brady.  The family then moved to Red Lake Falls, MN, where they owned and operated Tater’s Restaurant.  They then moved back to Crookston where Russ worked for Phoenix Industries, Dahlgren and Co, Inc., and then was the volunteer coordinator at the North Country Food Bank.  Russ inherited his father’s passion for the great outdoors and loved camping, hunting, and especially fishing.  The family would often travel to the vast woods of northern Minnesota to get away.  He loved his dogs and liked working on the yard and improving their home.  He would also spend any moment he could with his son, Brady.  They would go to local sporting events together and drive around town looking for squirrels.

A memorial service celebrating Russ’s life will be held at 11:00 am on Tuesday, February 16, 2021, at Stenshoel-Houske Funeral Home in Crookston, MN, with a time of visitation one hour before.  Father Vincent Miller of the Cathedral of the Immaculate Conception will be officiating.  Due to restrictions from the Covid-19 pandemic a limit of 75 people will be able to attend the memorial service and masks and social distancing will be required.  The service will be livestreamed on Russ’s obituary page at www.stenshoelhouske.com.  Inurnment will take place at St. Peter’s Catholic Cemetery in Gentilly, MN, in the spring of 2021.

To order memorial trees or send flowers to the family in memory of Russell Tate, please visit our flower store.