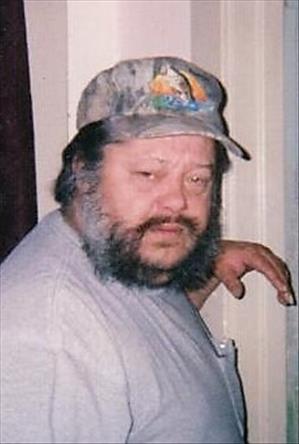 Russell Lee Porter, 55, of rural Euclid, MN, died unexpectedly of natural causes at his home early Saturday morning, December 24, 2016. Russell was born at Crookston, MN on October 20, 1961, one of 5 children of the union of Dennis and Carol (Magsam) Porter. He grew up at Euclid and attended Crookston Central High School. Russ worked on the Henry Vasek and Brad Pulkrabek farms in the East Grand Forks-Euclid area for a few years, and then for the Garry Gravel Company at Euclid. He was later employed by the American Crystal Sugar Company in Crookston as a truck driver for over 20 years until his retirement. A daughter, Nicole, was born to Russ and her mother, Judy Boman. Russ was an avid outdoorsmen and hunter, gardener, and fisherman. He enjoyed making sausage, taking trips to the casino, and riding his four-wheeler. However, his greatest passion was spending time with his grandkids and his 2 dogs, Baby and Shadow. Russ will be very lovingly missed. Family members include his daughter, Nicole Porter (Brandon Meine) of Crookston, MN; son, Brent Boman of Euclid, MN; 6 grandchildren: Kaylee and Kyla Boman, Kaleb Armstrong, Bella Meine, Allyson Boman, and Allyza Meine; 2 brothers and a sister: Bruce (Shannon) Porter, Merle Porter, and Martha (Mark) Gust, all of Euclid; as well as, several nieces, nephews, cousins, and friends. He was preceded in death by his parents, Dennis and Carol; daughter, Patricia "Trish" Boman; and sister, Justina "Tyke" Porter. Blessed be the memory of Russell Lee Porter. A memorial service for Russ Porter will be held at 10:30 a.m., Saturday, December 31, 2016, at the Stenshoel-Houske Funeral Home in Crookston with The Rev. Bill Reck, officiating. Visitation with the family will be at the funeral home for one hour prior to the service. www.stenshoelhouske.com

To order memorial trees or send flowers to the family in memory of Russell Porter, please visit our flower store.