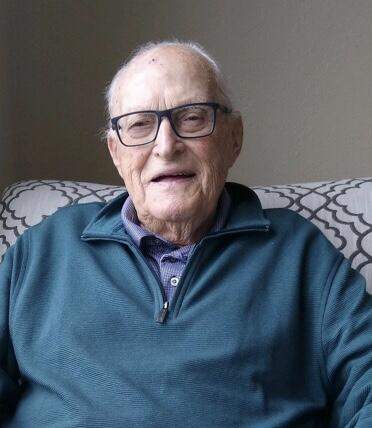 Roy Edward Huot, age 89, of Dorothy, MN, died Friday, October 30, 2020, at the Countryside Estates in Grand Forks, ND, with his loving daughters, Deb and Kathy, at his side.

Roy was born on January 18, 1931, on the family farm in Dorothy, MN, the son of the late Joseph and Leah (Roy) Huot.  He was named Roy because his mother said her first born son was going to be named after her maiden name.  He worked on the family farm before enlisting in the US Army.  He fought in the Korean War and when his brothers, Bernard and Dale, picked him up late one night Roy said, “If I make it out of this foxhole I am going to propose to Barb.”  He was united in marriage to Barbara Harbott in Dorothy, MN, on October 23, 1954.  He left the service in on December 10, 1954, and the couple made their home back in Dorothy and together they raised their 9 children.  Roy was a farmer at heart and felt blessed to be able to farm his Dad’s land.  He also worked 25 campaigns at the Crookston Sugar Beet Factory.  In their free time, one of Roy and Barbara’s greatest joys was traveling the country in their motorhomes.  It has been said that they should make the Guinness Book of World Records for attending the most Grand Ole Opry shows.

Mass of Christian Burial will be celebrated for Roy on Saturday, November 7, 2020, at 10:00 am at the Cathedral of the Immaculate Conception in Crookston, MN, with a time for visitation one hour before.  Celebrant will be Monsignor Tim McGee.  Military Honors will be provided by the Crookston Veterans Council and Minnesota Army National Guard.  Interment will then take place at St. Dorothy Cemetery in Dorothy, MN.  Due to the Covid-19 pandemic, masks and social distancing will be required.

The funeral service will be live streamed on the Cathedral’s website, www.crookstoncathedral.com

To order memorial trees or send flowers to the family in memory of Roy Huot, please visit our flower store.