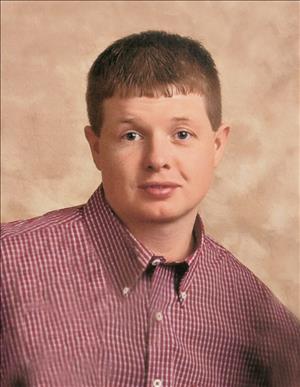 Rory Lee Delage, Age 34 of Crookston, MN passed away early Sunday morning September 20, 2015 unexpectedly at home. A memorial visitation will be held from 5-7 p.m. Monday, September 28, 2015 at the Stenshoel-Houske Funeral Home in Crookston with a prayer service beginning at 7.

Rory was born in Crookston on January 18, 1981 the son of Roger Delage and Dana Stromberg. He was baptized and confirmed in the Catholic faith and attended school at the Crookston Central High School where he graduated. He had various welding jobs at DEE Inc, Arctic Cat and American Crystal Sugar. His most recent job was for D&B Construction and Landscaping in Mentor, MN. Rory enjoyed spending time with his two children Zachary and Kylie. He also enjoyed racing snowmobiles and going four wheeling, motorcycles and fishing. Rory will be missed dearly by his family members and friends. Survivors include his children, Zachary and Kylie of Crookston; his father, Roger and step-mother, Deloris of Crookston; brothers, Donny Dyrdahl of Ada, MN and Donovan Hoffman of Crookston; sisters, Amber Dyrdahl of Fargo and Dawn Goulet of Crookston; grandmother, Linda Stromberg of Black Duck, MN; and by Jere Trudeau a special friend and mother of his children. He was preceded in death by his mother, Dana Stromberg; grandparents, Clarence and Doritta Delage and Merril Stromberg; three uncles, David and Kevin Delage and Brandon Stromberg.

To order memorial trees or send flowers to the family in memory of Rory Delage, please visit our flower store.