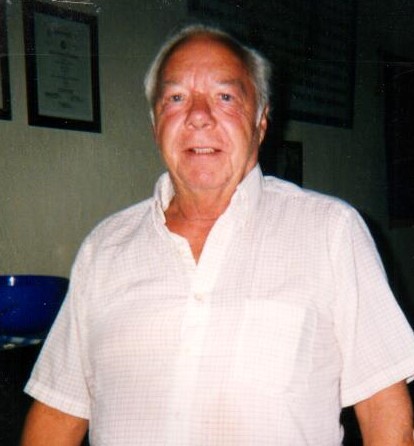 Ronald Edwin Beggs, 81, of Crookston, MN passed away at the Villa St. Vincent on Monday, December 23, 2019, with his family at his side.

Ron was born on December 30, 1937 at McGregor, MN to Kenneth and Edith (Cohen) Beggs.  Most of his life growing up was spent in Minneapolis and he graduated from Anoka High School.  Ron enlisted in the US Army on January12, 1955.  He trained as a Combat Engineer at Fort Belvoir, VA and then served overseas in Korea during the Korean War as a Combat Engineer Bridge Specialist.  Following his honorable discharge on January 10, 1958 Ron returned to Minneapolis.  For the next few years he worked as a truck driver for the City of Minneapolis and Donaldson’s Department Store.  Ron was united in marriage to Mary Eileen Tohey on December 31, 1960 in Minneapolis.  Their union would be blessed by the births of 3 children:  Kelly, Randy, and Stacy.  Ron began his career as a letter carrier for the US Postal Service in Edina, MN.  During these years he enjoyed taking Mary and the kids for rides on his motorcycle, cruising around the Cities and it had long been known while the kids were growing up that he was the Dad all their friends wanted to hang out with.

Mary passed away on August 11, 1997, just a few months before Ron’s retirement in December of that year.  They had been busy making plans for doing lots of traveling in their golden years but sadly it was not meant to be.  Ron then spent a short time with his son, Kelly, at his home in Las Vegas, NV before moving to Bullhead City, AZ.  In 1999 he returned to Minnesota to his home on Pine Lake, near Gonvick.  He found great peace at the lake and was able to stay there until coming to live at Oak Court in Crookston in 2010 to be closer to his son, Randy.  With his health slowly declining he became a resident of the Villa St. Vincent this past October.

Ron and Mary raised their family in a loving home, and they all enjoyed going fishing, camping, canoeing, and spending many a night gathered around campfires at the lake, with Ron telling stories and jokes and making wonderful memories.  He will be remembered with great love and affection by his family and friends.

A memorial service for Ron Beggs will be held at 2:00pm, Monday, December 30, 2019, at the Stenshoel-Houske Funeral Home in Crookston with Pastor Bill Humiston, of the Villa St. Vincent, officiating.  Visitation with the family will be for one hour prior to the service.  Military Honors will be provided by the Crookston Veterans Council and the Minnesota National Guard Honors Team from Moorhead, MN.  Inurnment will take place in Fort Snelling National Cemetery, Minneapolis, at a later date.

To order memorial trees or send flowers to the family in memory of Ronald Edwin Beggs, please visit our flower store.