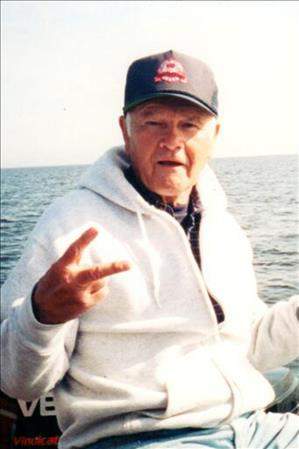 Longtime teacher and coach, Ronald Wayne Thompson, age 86, of Crookston, MN passed away with his family by his side, on October 17, 2016 at the Villa St. Vincent in Crookston, MN. Ronald was born on July 19, 1930, in Sioux City, IA, to Ricka (Lehne) and Carl Thompson. The family moved to Staples, MN, where Ron spent his school years. He graduated from Staples High School in 1948, where he played football, basketball, hockey, track, and golf. After high school, Ron entered the Army for four years, after which he attended Moorhead State University, now called Minnesota State University-Moorhead. In college he was quarterback for the Dragons football team, and on the basketball, track and golf teams. Ron was also honored as an outstanding student in Minnesota colleges and universities while there. He met his wife, Liz Hanson, as a freshman at MSU in 1952. They married on September 12, 1953 in Fargo, ND. When Ron graduated, the family moved to Crookston, MN, where he taught social studies, health, physical education, and driver's training. He also coached football, golf, and assisted with basketball for the Crookston Pirates for 31 years, retiring in 1987. Their marriage was blessed with five children, Barbara Lynn, Beth Ann, David William, Jennifer Leigh, and Karen Jean. Ron is survived by his wife, Liz, of 63 years; children, Beth (Rob) Haseltine, of Fargo, ND, David (Peggy) Thompson, of Prior Lake, MN, Jennifer Malmanger, of Mankato, MN, and Karen Swatlowski, of Crookston, MN; grandchildren, Bailey (Matt) Krusen, Jordan Malmanger, and Jennifer, Megan, and Stephan Swatlowski; great-grandchildren, Layla, Aiden, Carter, Josiah, and Jaxon; and brothers, Vern (Marj) Thompson of Loveland, CO. and Dennis Thompson of Sonora, CA., and family friend, Jason Malmanger. He is preceded in death by his parents; daughter, Barbara Lynn; granddaughter, Jessica Swatlowski; brother, Bobby Thompson; sister, Jean Martin; in-laws, Bess and John Hanson; sisters-in-law, Florence (Bill) Adair and Effie King; and son-in-law, Darin Swatlowski. There will be a visitation from 5-7:00 p.m. with a prayer service at 7:00 p.m. on Friday, October 21, 2016 at Stenshoel-Houske Funeral and Cremation Service in Crookston, MN. The funeral service will be held at 10:30 a.m., with a visitation one hour prior to service on Saturday, October 22, 2016 at Trinity Lutheran Church in Crookston, MN. Inurnment will be at Oakdale Cemetery in Crookston, MN. Memorials can be made to the Pirate Boosters, Pirate Fine Arts Boosters (PFAB), Trinity Lutheran Church, or the Villa St. Vincent.

To order memorial trees or send flowers to the family in memory of Ronald Thompson, please visit our flower store.