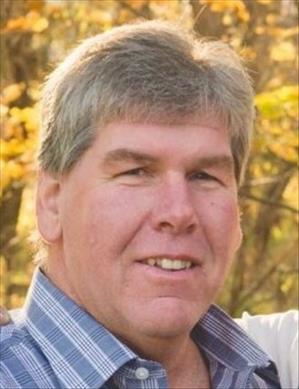 Ron was born in Crookston on March 16, 1959, one of seven children of the union of Paul and Evelyn (Hince) Prudhomme. He grew up on the family farm in Kertsonville Township, was baptized and confirmed at St. Peter's Catholic Church in nearby Gentilly, and graduated from Crookston's Central High School in 1977. His graduation was on a Sunday and the very next day he began working for The Dahlgren Company, which specialized in processing sunflower seeds. This coming June 1st would have marked his fortieth anniversary with the Company. While growing up, Ron worked with his father and brothers on the farm, and helped Marcie Erdmann with her farming operation as well. In 1986 Ron established a sideline business, Ron's Lawn Care, which he continued to operate to this day. He was united in marriage to Darla Marie Heng on April 8, 1989 in Crookston. A few months later, in June, the couple purchased the farm he grew up on from his parents, and where they raised their 3 sons: Joshua, Alex, and Logan. Through the years Ron was very proud to have the boys working with him in the lawn care business. In 2002 he and Darla purchased a semi-tractor and trailer and started R and D Trucking; delivering Dahlgren products throughout the region. They also owned several trailers used to haul composting materials made from Dahlgren sunflower waste products. For many years Ron had also been helping on the Francis DeBoer farm with spring planting and the fall sugar-beet harvest. Basically, work was his hobby, and vacations were taken from Dahlgren's to do different work. With a smile and that ever-present twinkle in his eye, Ron joked on more than one occasion; "I don't have time to sleep. I'll sleep when I die." He was devoted to Darla and the boys, and will be missed dearly. They're pretty sure that he has probably already found a couple jobs in heaven and is busily looking for more!

Ron is survived by his beloved wife, Darla; their 3 sons and grandson: Joshua Prudhomme and his wife, Annabelle, and their son, Grayson, of West Fargo, ND, Alex Prudhomme of Crookston, MN and his girlfriend, Katrina Lazur of Reynolds, ND, and Logan Prudhomme at home, and a senior at Crookston High School; 6 siblings: Debbie Peterson and husband, Bill, of Crookston, Sue Bachand and husband, Howard, and Karen Lyczewski and fiancè, Bob Klocek, all of East Grand Forks, MN, Brenda Prudhomme and life partner, James Olson, and Tim Prudhomme and wife, Carrie, all of Crookston, and Mike Prudhomme and his girlfriend, Paula Bachmeier of Fisher, MN; together with many nieces, nephews, aunts, uncles, cousins, and other relatives. He was preceded in death by his parents, Paul and Evelyn. May Ron's memory be treasured by all who were part of his life.

A Memorial Mass of Christian Burial for Ronald Allen Prudhomme will be held at 11:30 a.m. Saturday, March 25, 2017, at the Cathedral of the Immaculate Conception in Crookston with The Very Rev. Vincent Miller, presiding. Visitation with the family will be at the Stenshoel-Houske Funeral Home on Friday from 5-7:00 p.m., with a 7:00 p.m. prayer service and time of sharing. Visitation will also be at the church for one hour prior to the funeral.

Prayer service and time of sharing at 7:00 p.m.

11:30 AM
Cathedral of the Immaculate Conception

To order memorial trees or send flowers to the family in memory of Ronald Prudhomme, please visit our flower store.