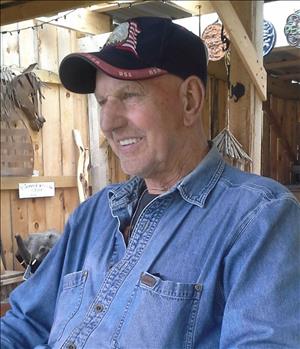 Ronald Wayne DeLage, age 69, of Crookston passed away at Altru Hospital surrounded by family May 4th, 2016 after a long battle with small cell lung cancer. Ronnie Wayne Joseph DeLage was born March 2nd 1947 to Laura (Page) and Louis DeLage at St. Francis Hospital in Crookston, MN. As a young child, the family moved to Pierre, SD and at the age of 13, his father was killed in a construction accident. His mother moved them back to Crookston, MN where Ronnie would spend many hours with his favorite uncle, Tony DeLage. Ronnie enlisted in the Navy in 1964 where he formally changed his name to Ronald Wayne DeLage in order to shorten his official Navy signature. Ronnie served in Vietnam on the USS Cogswell as a machinist and was honorably discharged in January of 1968. He then returned to Crookston where via a blind date he met the love of his life Pam (Pamela) Wermager. The two were married August 16, 1969 in Crookston. They had 4 children, 14 grandchildren and 3 great-grandchildren. The couple raised their family on a farm east of Crookston where he also served as Gentilly Township supervisor since 2001. He loved and was very proud of his kids and grandkids and looked forward to their annual camping trips. Ronnie was a jack of all trades and loved all animals, especially dogs and horses, and in recent years he restored several antique horse buggies. He worked for his brother, Francis at the Phillips 66 station in Crookston and also had a 10-year career in carpentry before sharing his talent the next 38 years, he working for H&L Farms (Harold and Robert Ross). Ronnie had a passion for his local VFW (Post 1902) where he was a lifetime member and has served as the Post Commander since 2014. Ronnie is survived by his wife and best friend, Pam of Crookston, MN; his children, Rhonda (Phillip) Cyre of Watertown, SD, Richelle "Shelly" (Brian) Rust of Fertile, MN, Bret (Laura) DeLage of Climax, MN and Brandan (Laura) DeLage of Crookston; grandchildren, Ashley, Dylan, Zachery, Beau, Rylee, Brian, Kaitlyn, Aiden, Justin, Maliyah, Cameron, Makenah, Evan and Reese; great-grandchildren, Morgan, Tristan and Alyssa; brothers, Francis (Bev) DeLage and Darrel(Kathy) DeLage; his sister, Shereen (Mike) Lanctot; an adopted brother, Dave (Rosie) Armstrong; mother in law, Neva Wermager; sister in law, Loretta (Bob) Ross; a brother in law Wayne(Jeanette) Wermager and several nieces and nephews. Ronnie was preceded in death by his parents, Laura and Louis, brother in law, Jerry Wermager and Nephew Joshua Lanctot. Visitation and memory sharing will be Sunday May 8, 2016 3p to 5p at Stenshol-Houske Funeral Home, Crookston, MN. A celebration of life and military honors provided by the Crookston Veterans' Council and the National Guard all to held Monday, May 9, 2016 10 a.m. in St. Peters Catholic Church, Gentilly, MN.

There will be a time of sharing at 5 p.m.

To order memorial trees or send flowers to the family in memory of Ronald DeLage, please visit our flower store.