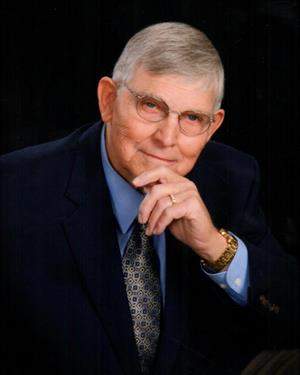 OBITUARY FOR RON PETERSON Ronald Clair Peterson, 78, of Grand Forks, ND died Friday, March 4, 2016 at Valley Memorial Home Valley Transitions in Grand Forks. Visitation will be on Thursday, March 10 from 5:00 to 7:00 pm with a 7:00 pm prayer service at Stenshoel-Houske Funeral and Cremation Service in Crookston MN. Visitation will continue on Friday, March 11 at 9:00 am followed by funeral services at 10:00 am at Fisher Lutheran Church, Fisher, MN with Pastor Karen Young-Trenne officiating. Burial will follow at Fisher Lutheran Cemetery. Born in Grand Forks, ND on May 7, 1937 to Vincent and Gladys (Strande) Peterson, Ron was baptized at Bygland Lutheran Church and raised on the family's farm in Fisher Township. He graduated from Fisher High School in 1955 and attended North Dakota State University. On August 27, 1960 he was united in marriage to Jean Amiot of Crookston, MN. They raised four daughters, living their first nine years in Rome Township and returning to the Peterson family farm in 1969. Ron retired in 2005 from his life-long vocation as a farmer. He and Jean moved to Grand Forks in 2009. Ron was a life-long member of Fisher Lutheran Church and was confirmed there in 1952. He served as a Sunday School teacher, choir member, church council president, and building finance committee member. He served on the board of directors for Pathways Bible Camps and as a voting delegate for Concordia College - Moorhead and Valley Memorial Home.

With dedication to his vocation in agriculture, Ron served on the board of directors of Crookston Grain Company (1976-1985) and as secretary for the West Polk County Farm Bureau (1964-1968). He was honored in 1976 as West Polk County's King Agassiz (Red River Valley Emerging Leadership Program). In 1985, he was recognized by the North Dakota State University Alumni Association for his contributions to agriculture in West Polk County. He and Jean were honored together by West Polk County as Farm Family of the Year (1991) sponsored by University of Minnesota Extension Services. In 1998, they were honored as West Polk County Valley Farmer and Homemaker. Ron participated in the Lake Agassiz Vocational Center Adult Farm Management Program throughout his entire farming career. With gratitude for community and country, he served in the Air National Guard (1958 -1964) and on the Fisher School Board (1970 – 1978). Ron was especially grateful for a close relationship with his grandchildren, attending and photographing their many musical and sporting events. He also enjoyed computers, photography, singing with the Crookston Area Mens Chorus, and wintering in Gold Canyon, AZ, where he was an associate member of Our Savior's Lutheran Church. Ron is preceded in death by his parents, Vincent and Gladys Peterson, and an infant sister. He is survived by Jean, his wife of 55 years, daughters Brenda (Scott) Moore of Carver MN, Carol (Lauris) Svendson of East Grand Forks MN, Annette (Rick) Thompson of Crookston MN and Mary Jacobson of Perham MN. He is also survived by ten grandchildren and step grandchildren - Christina and Lillian Moore, Rachel and Katie Svendson, Abby and Emma Wilder, Alex and Jake Thompson, and Austin and Andrew Jacobson. Other survivors include his brother Verle (Sandra) Peterson of Crookston MN, his brother-in-law Don (Jo) Amiot of Stillwater MN, nephews, a niece and many beloved cousins. Ron and his family encourage that memorial gifts be directed to the ministry or charity of the donor's choice.

To order memorial trees or send flowers to the family in memory of Ron Peterson, please visit our flower store.