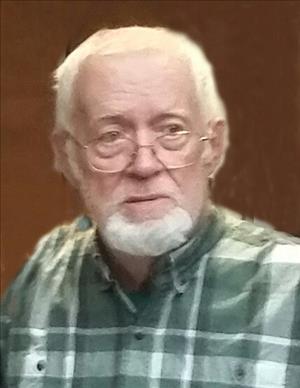 On February 28, 1972, Ron married the love of his life, Armella Gawrylow. He had four sons, Jim, Tim, Steve, and Randy. His dogs, KC and Peaches, were also a big part of his family.

Ron worked as a line man for the railroad when he graduated from high school. He then went to work for the Grand Forks Fire Department for twelve years. After that, Ron went back to working for the railroad, first as a brake man and then later as a conductor, until his medical retirement in 1990. He was also a member of the Jaycee's.

Ron loved his boys and enjoyed going to the lake with them. He also liked to play around with CB radios and woodworking. Ron enjoyed visiting and learning about the West Coast. He was also a very good husband to Armella.

He is preceded in death by his parents, Lyle and Doris Nelson; and his brother, Bobby Nelson.

"Rest honey, I will see you later."

To order memorial trees or send flowers to the family in memory of Ron Nelson, please visit our flower store.