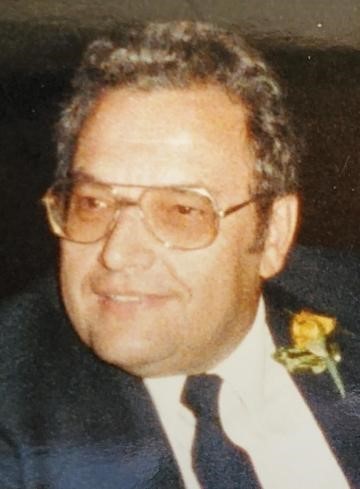 Roger Gaylord Estenson Sr. of Climax, Minnesota passed May 14, 2021 at the age of 82 years, while in the care of Altru Health Center in Grand Forks, North Dakota.

Roger was born at St. Michael’s Catholic Hospital in Grand Forks, North Dakota on January 12, 1939, to Haakon and Donna Estenson, nee Shimek.  He grew up along with his two brothers on a rural farm near Climax, Minnesota where he was active in basketball, marching band, and Future Farmers of America.

Upon completion of a distinguished record in the US Air Force, Roger would leave the service and return to the farm to help his dad Haakon who had been diagnosed with cancer.  He would spend the next 20 years growing his farm operation as articulately as everything else he did.  Other than a move to Texas for a few years in the early 1980s, Roger spent most of his life around the Climax area he so loved where he cared for his mother and father.

In his later years, Roger enjoyed reading history, watching agricultural television, listening to The Statler Brothers, researching family history as he traced the Estenson ancestry dating back to the 1600s.  He also enjoyed visiting various locations from his past, watching wildlife in his yard, playing with the family pets, attending Notre Dame Sunday Mass on his television, spending the 4th of July at Rutger’s Birchmont Lodge, Bemidji, Minnesota with his son Richard, daughter in-law Ymmer and grandson Aiden as well as visits from his younger brother Richard A. Estenson from Fredericksburg, Texas.

Roger is survived by his son Richard D. Estenson, daughter in-law Ymmer, grandson Aiden, brother Richard A. Estenson, sister in-law Rosemary, nieces, Courtney and Hailey, as well as great nieces and nephews, Rhett, Reese and Rion. He was preceded in death by his parents Haakon and Donna, an infant brother, Lionel, and son, Roger.

Gravesite Mass of Christian Burial for Roger G. Estenson Sr. will be held at 2:00 p.m., Thursday, May 20, 2021 at Calvary Cemetery in Crookston, Minnesota with Father Joseph Kennedy, presiding.  Interment to follow in Calvary Cemetery Crookston.

To order memorial trees or send flowers to the family in memory of Roger Estenson, Sr., please visit our flower store.