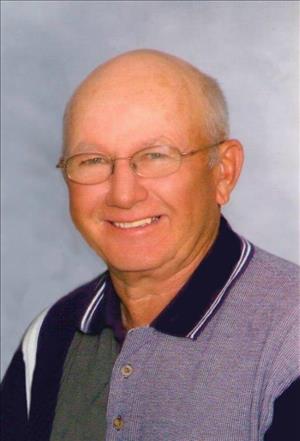 Rodney Alexander Spokely, 71, of Climax, MN, died Wednesday morning, March 4, 2015, at Sanford Health in Fargo, ND with his family by his side. He had been battling ill health for several months. Rodney was born in Crookston, MN on August 20, 1943, one of four children of the union of Francis and Thelma (Bratteli) Spokely. He grew up on the family's farm near Nielsville, and was baptized and confirmed at the St. Petri Lutheran Church. Rodney attended grade school in Nielsville and graduated from Climax High School in 1961. He then attended the University of Minnesota in Minneapolis majoring in Agriculture. During his junior year he applied to the Peace Corps, and after acceptance was assigned to an agricultural area near Bogata, Columbia, in South America. Rodney spent two years working with the people there to improve farming practices through farm planning, erosion and pest control, soil surveys, animal husbandry and marketing cooperatives. The trip home became a major life event, as he and a good friend bought motorcycles in Panama and rode their way back to Climax. Rodney then began farming with his father and brothers. On August 1, 1970 he was united in marriage to Rebecca Jo Larson at the Shelly-Marsh River Lutheran Church in Shelly. The couple settled on their farm in Hubbard township and were blessed by the births of three daughters: Michon, Jennifer, and Mandi. Rodney had been farming potatoes and grains to the present time with his brothers, Francis Jr. and Lonnie. Horses were a big part of his life, and in 1977 he and a friend introduced a breed known as Paso Fino to the state of Minnesota. Rodney owned and bred these horses for many years, and always looked forward to getting his grandkids out to the farm to go riding. He also enjoyed hunting and fishing with family and friends as well as car races. Rodney was a lifelong member of St. Petri Lutheran Church, and a member of the Red River Valley Potato Growers' Association, and Paso Fino Breeders' Association. Rodney will be deeply missed by all that were blessed to know him. Rodney leaves his beloved wife of forty-four years, Becky, and their three daughters and families: Michon and Paul Metzger, and Jennifer and Lance Reitmeier, of Fisher, MN, and Mandi and Ben Hoff of Sioux Falls, SD; together with five grandchildren: Hayden, Ella, and Malene Reitmeier and Paisley and Evie Hoff. Rodney is also survived by his two brothers, Francis and Linda Spokely Jr. of East Grand Forks, MN and Lonnie and June Spokely of Hillsboro, ND; a brother-in-law, Joseph Cudd of San Antonio, TX; Becky's siblings, Betty and Ray Malmlov and Brian and Marlys Larson, of Moorhead, MN; and nieces, nephews, and other relatives. He was preceded in death by his parents, Francis and Thelma; sister, Sandra Cudd, who died on September 30, 2013; and parents-in-law, Lester and Idella Larson. Blessed be Rodney's memory. The funeral service for Rodney A. Spokely will be held at 2:00 p.m., Tuesday, March 10, 2015, at the Shelly Marsh River Lutheran Church in Shelly, MN, with The Rev. Valerian Ahles, officiating. Visitation will be at the Stenshoel-Houske Funeral Home in Crookston on Monday from 5-7:00 p.m., with a 7:00 p.m. prayer service, and also at the church for one hour prior to the funeral. Interment will be in the Sundet Cemetery, rural Nielsville. Memorials may be given in Rodney's name to the Juvenile Diabetes Association or St. Petri Lutheran Church. Online registry:

To order memorial trees or send flowers to the family in memory of Rodney Spokely, please visit our flower store.