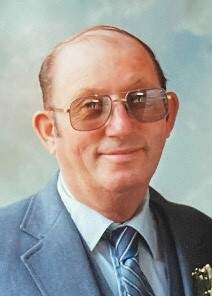 Robert attended school in McIntire, Iowa, and at the age of 17 enlisted in the United States Navy.  He served honorably aboard the USS Norris DDE-859 and USS Hull DD 945 as a fireman in the ship’s engine room until 1960. He then continued his service in the Navy Reserve for two more years.  After his honorable discharge he worked for the railroad in the Rochester, Minnesota area.  There, Robert met Rosemary Guzek and the two were united in marriage in 1962 in St. Dorothy Catholic Church, Dorothy, Minnesota.  To their union 5 children were born: Michele, Randy, Michael, Martin and Justin. In 1968 Robert moved with his family to the Crookston, Minnesota area and started working for the Minnesota Department of Transportation as a heavy equipment mechanic, transferring to Rochester, Minnesota in 1983 where he remained until retirement.  Robert was united in marriage to Sharon Patton in 1987.

Robert was very mechanically savvy with vehicles of all types and loved working on Fords. He enjoyed traveling with his camper, spending summers in Lanesboro, Minnesota and winters in Blackrock, Arizona, where he enjoyed birdwatching, especially hummingbirds. He also loved watching Jeopardy and Wheel of Fortune.

He is preceded in death by his parents, Avery and Josephine Stuckey; a baby brother, Terry; 2 sisters, Martha Berentsen and Gladys Ericksen; and his wife, Sharon. Blessed be the memory of Robert David Stuckey.

The funeral service for Robert Stuckey will be held at 2:00 p.m., Tuesday, August 17, 2021, in the Stenshoel-Houske Funeral Home in Crookston with Deacon Dennis Bivens, officiating. Visitation will be for one hour prior to the funeral and interment will follow in the Oakdale Cemetery, Crookston. Military Honors will be provided by the US Navy Funeral Honors Team and the Crookston Veterans Council. The service will be livestreamed by logging on to www.stenshoelhouske.com and going to the bottom of Robert’s obituary page to click on the prompt to view.

To order memorial trees or send flowers to the family in memory of Robert "Bob" Stuckey, please visit our flower store.