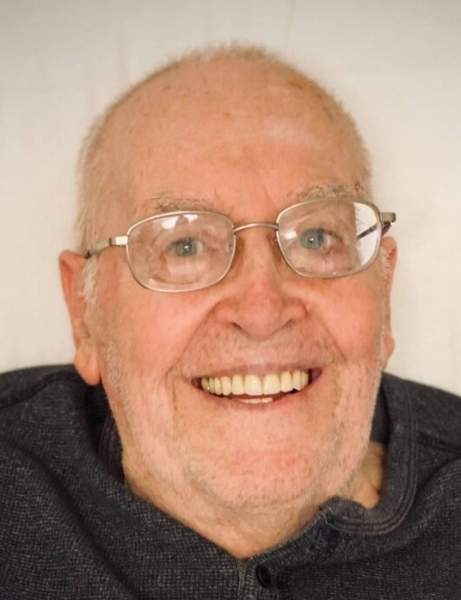 Robert Gene Wolf, 92, of Crookston, MN, passed away Monday afternoon, December 14, 2020, at the Benedictine Living Center, Crookston, with his beloved wife, Sharon, at his side.

Robert was born at Havre, MT on October 21, 1928 and was the son of Henry and Irene (Granger) Wolf. He grew up at Joplin, MT, began his education there, and graduated from Joplin High School in 1946. Robert entered the US Army on March 14, 1952. He served overseas in Korea during the Korean War as a Radio Operator with the 304th Signal Battalion. For his service to his country a grateful nation awarded him the Korean Service Medal, United Nations Service Medal, National Defense Medal, and a Meritorious Unit Commendation. Following Robert’s honorable discharge on April 15, 1954 he returned to Joplin and worked on his brother-in-law’s farm for the next several years. Robert next enrolled at Concordia College in Moorhead, MN in 1959 where he earned a Bachelor’s Degree in Social Work in 1962. His long and rewarding career of service to others began from a position with Polk County Social Services in Crookston. On October 10, 1964 Robert was united in marriage to Sharon Gail Galland at Faith Lutheran Church in Mentor, MN. Their union would be blessed by the births of 3 daughters: Rebecca, Karen, and Jennifer. In 1965 came a move to Waubun, MN where Robert headed the Community Action Program for the nearby White Earth Reservation. After returning to Crookston Robert became a social worker for the Villa St. Vincent. While once again living in Crookston he served as a counselor for both the Care and Share and Northwest Mental Health. Robert would look back on his life’s work knowing that he had always been a true friend and advocate of the poor and the homeless. His retirement meant time to devote to Sharon and the girls, and his favorite hobbies, woodworking and gardening.

A memorial service celebrating the life of Robert Wolf will be held at 11:00 a.m., Tuesday, March 23, 2021, at University Lutheran Church, 2122 University Avenue, Grand Forks, ND with Pastor Tom Colenso, officiating. Visitation with the family will from 10 to 11:00 a.m. Military Honors will be provided by the MN National Guard Honors Team from Moorhead. Due to COVID-19 concerns masks will be required and social distancing observed.

Memorials may be given in Robert’s name to any organization or charity of the giver’s choice and mailed to Sharon Wolf, 201 Fisher Avenue #22, Crookston, MN 56716.

To order memorial trees or send flowers to the family in memory of Robert Wolf, please visit our flower store.