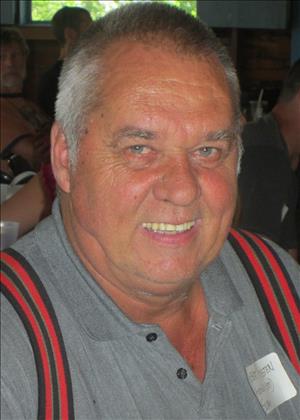 Robert Rosten was born October 14, 1947 to Harold and Grace (Norland) Rosten in rural Fertile ;Mn. He attended school in Fertile until moving to Warren in 1957 - 58. After graduating from warren high school he resided in theif river falls before moving to East Grand Forks and working for Western potato. He also worked at a fergus falls dairy before moving to Crookston in 1972. He worked at occupational Developmenat center for a period of time. He was currently living in Crookston. His favorite pastime was hanging out at the M&H station and making new friends. He was a very social person and always willing to lend a helping hand, and was known for his outgoing personality. Robert was a very proud and loving son and brother who deeply cared for his family and friends, His family is very proud that bob wanted to be an organ donor, and his wishes were honored. Survivors include his mother, Grace Rosten; sisters, Lenora (Archie) Nelson, Beverly Knoll (Ralph) , Brenda Pokrizwinski (Roland); and Brother Gregory Rosten (Jessica). He is also survived by many nieces and nephews. Robert was preceded in death by sister Karen Brault; father, Harold Rosten; paternal grandparents, Palmer and Selma Rosten; and maternal grandparents, Alex and Elvera Borland.

To order memorial trees or send flowers to the family in memory of Robert Rosten, please visit our flower store.