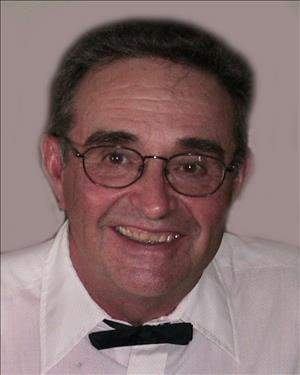 Robert "Bob" Wayne Patenaude, 72, of Red Lake Falls, passed away June 13th, 2015. He was born in Crookston on May 30th, 1943 to John and Marion (Korvela) Patenaude. Beginning his education in Red Lake Falls, he completed his senior year of high school in Crookston. Bob attended Bemidji State University for three semesters before joining the army reserve where he served as a cook for six years. Later, while working as a carpenter and landlord in Minneapolis, he married Deanna (Hansen) on August 1st, 1970. After having their first son, Dana, Bob and Deanna returned to rural Red Lake Falls to farm with Bob's father. Three more children followed, Jessica, Eric, and Ryan. Through the years, Bob had a zest for life and enjoyed bowling, fishing, hunting, reading and gardening. He loved to bless his children and grandchildren with an occasional fish fry and display of fireworks. His bountiful garden produce was generously shared with friends, family, neighbors and church members. He was an active member of the First Assembly of God Church in Crookston, participating in jail ministry and door to door evangelism of the Gospel.

He is preceded in death by his father John and three siblings: Katherine, John "Jackie," and Dennis. Visitation will be 5 to 7 pm Thursday, June 18th at Stenshoel- Houske Funeral Home with a prayer service at 7 pm. A funeral service will be held at 2 pm on Friday, June 19th at the Church of Christ, 321 5th Avenue So, Crookston. A private inurnment at Oakdale Cemetery will be held at a later date. Memorials are preferred to Altru Hospice Program, Altru Health System, PO Box 6011, Grand Forks, ND 58206-9932.

To order memorial trees or send flowers to the family in memory of Robert Patenaude, please visit our flower store.