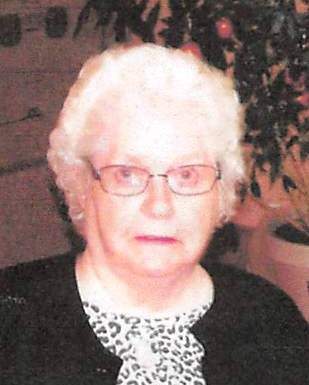 Rita D. (Brule) Radi, age 90, of Crookston, died Friday August 17, 2018 at the Villa St. Vincent nursing care facility. A memorial Mass will be held Monday, August 27th at 10:00 a.m. at St. Peter’s Catholic Church in Gentilly, MN. Visitation will be one hour prior to the service at the church.  Inurnment will be in St. Peter’s Catholic Cemetery in Gentilly.

Rita Dora Brule was born on March 14, 1928 to Henry and Alda (Amiot) Brule at home in Gentilly.  Rita grew up attending school in Gentilly and she also went to St. Joseph’s Catholic Academy for one year. After school Rita met and eventually married Lloyd E. Radi on August 11, 1949 in Crookston. The couple made their home in Crookston. Rita was mainly a homemaker, and she also found time to be involved in such activities as baby sitting, being a dietician, waitressing, being a Cub Scout Den Mother and a house keeper. She was a proud member of the Cathedral in Crookston.

Rita enjoyed square-dancing, reading, and spending time in Texas. Most of all she enjoyed the time she got to spend seeing her grandchildren and great-grandchildren.

To order memorial trees or send flowers to the family in memory of Rita Radi, please visit our flower store.