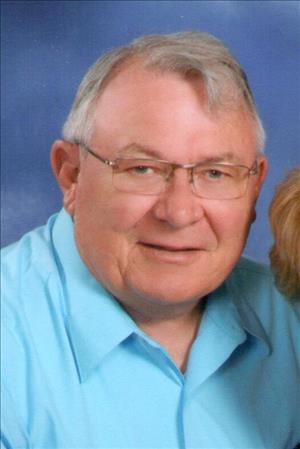 Richard "Rick" Waslaski Sr., age 64 of Crookston, Minnesota peacefully passed away on Sunday, October 4, 2015 at Sanford Medical Center in Fargo, North Dakota. At his bedside were his beloved wife and numerous family members. The funeral Mass will be celebrated at 2 pm with visitation at 1 pm Thursday, October 8, 2015 at the Cathedral of the Immaculate Conception in Crookston, Minnesota. Visitation will be on Wednesday evening in the church from 5 to 7 pm with a prayer service at 7 pm. Richard was born on July 31st, 1951 to Frank Waslaski, Sr. and Evelyn (McGauvran) Waslaski in Langdon, North Dakota. He was the first child of five. As a child, Rick's family frequently relocated with his father's employment in the initial years of constructing the interstate highway system. Richard graduated from Billings Senior High in 1970. He served in the United States Navy from 1971 – 1973, earning the rank of Boatswains Mate, with an honorable discharge. He graduated with his Bachelors of Arts from the University of North Dakota (UND) in Grand Forks, North Dakota in 1991. He was united in marriage to Debbie Rivinius in 1971. Together they had three sons. He married his wife, Priscilla, in 2002. They lived in Hastings, MN for seven years. In recent years they resided in Crookston, their home over-looking the ten-step dam on the Red Lake River. Over a period of many years Rick was a skilled crane operator, and proud member and supporter of the International Union 49 of Operating Engineers. Some of his most interesting projects involved electric wind generator installations and constructing a tunneling system for the light rail under the Minneapolis/St. Paul airport. Included in his varied life interests was membership in the Native American Support Association, Multicultural Activities Committee at UND, and Mayor's Committee on the Employment of the Handicapped, 1985-87. He was a writer of poetry and an avid reader. He was a grateful member of Alcoholics Anonymous and sponsored many people in seeking sobriety. Rick and Priscilla were friends in the program for many years before they became a couple. They both remained very active throughout their marriage. He celebrated 27 years of sobriety on July 4th. At Richard's request, he was a tissue donor; more than sixty people had the benefit of his gift.

Rick measured his success in the family and friends that surrounded him. He was as courageous and compassionate; a selfless man who put the needs of others before his own. His presence was comforting and his warmth and humor could ease any pain. What he treasured most was time with family. Blessed by and incredibly proud of his family: loving wife and best friend, Priscilla; three sons, Chad Waslaski of Concrete, WA, Chaney (Rose) Waslaski of Greeley, CO, Richard, Jr. (Tina) Waslaski of Dickey, ND; his stepchildren, Karen (Scott) Wilson of Minneapolis, MN, Leann (Tom) Cross of Maple Grove, MN, Sheila (Marcel) Champagne of Crookston, MN, Jay Amiot (Deb Simpkins) of Crookston, MN, Joel Amiot of Fruitland Park, FL and Aaron Amiot of Crookston, MN; his siblings, Mary (Allan) Krueger of De Pere, WI and, Elizabeth (Kyle) Grove of Richardton, ND; grandchildren, Cheyenne, Sierra, Brandon, Alex (Brooke), Jerome, Vera, William, Michelle, great granddaughter Peyton; grandchildren Lauren, Maranda, Nick, Sarena (Shane Reynolds), Thomas, Lainee, Ian, Jared, Autumn, Cadin, Maxim, Dominic; great grandson, Gabe. Many nieces, nephews and friends will mourn his loss and celebrate his life.

He was preceded in death by his father, mother, and brothers; Frank and Robert.

To order memorial trees or send flowers to the family in memory of Richard Waslaski, please visit our flower store.