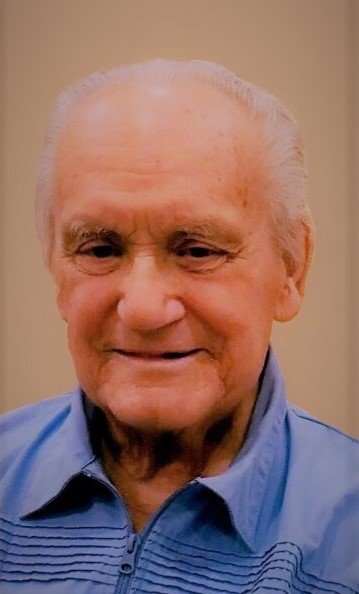 Dick was born in Sioux Falls, SD on September 29, 1934 to Edwin C. and Wilma (Strome) Peterson. The family moved to Crookston in 1935. Dick graduated from Central High School with the Class of 1953. He enlisted in the Army National Guard and later joined the US Army and went to Fort Barry, CA. He was later stationed stateside at Fort Bliss, TX, serving with the R/S Battery Battalion until his honorable discharge on March 22, 1961. Dick then returned to Crookston and began working for Associated Plumbing and Heating. On November 22, 1963 he was united in marriage to Vivian Elaine Anderson at Crookston’s Trinity Lutheran Church. Dick and Vivian proudly raised their three children: Teresa, Brian, and Wayne, in a very loving home. Dick later formed a partnership with Jerome Nelson, establishing Nelson-Peterson Plumbing. Together they operated this very successful business for several years before Dick retired. He later decided to work part-time, and so he started Dick Peterson Plumbing. Final retirement came in 2006. In his spare time, he enjoyed collecting diecast trucks and tractors. He also enjoyed running his model trains for his grandchildren and spending time with family.

Dick was a longtime member of the Trinity Lutheran Church, and held memberships in Crookston American Legion Post #20, and the local chapter of AARP. He was a devoted husband, father, and grandfather, and will be dearly missed by his loving family.

The funeral service for Richard “Dick” Peterson will be held at 10:30am, Friday, July 27, 2018, at the Trinity Lutheran Church in Crookston with The Rev. Greg Isaacson, officiating. Visitation will be at the Stenshoel-Houske Funeral Home on Thursday from 5-7:00pm, with a 7:00pm prayer service, and will continue for one hour prior to the funeral service at church on Friday. Interment will take place in the Oakdale Cemetery in Crookston with Military Honors provided by the Crookston Veterans Council and the Army National Guard Honors Unit from Moorhead, MN.

To order memorial trees or send flowers to the family in memory of Richard Peterson, please visit our flower store.