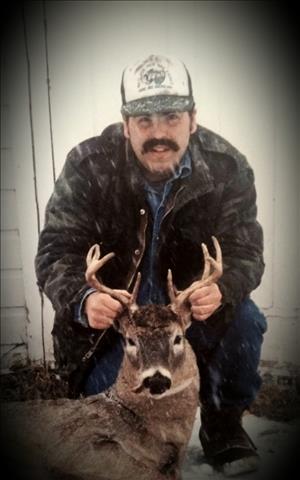 Reed Orville Ortloff, age 52 of Crookston, MN passed away Thursday, October 1, 2015 at Altru Hospital in Grand Forks, North Dakota.  Services will be 3 p.m. Sunday, October 4, 2015 at Stenshoel-Houske Funeral Home in Crookston with a visitation one hour prior to the service.  Stenshole-Houske Funeral Home of Crookston is in charge of the arrangements.   Reed Ortloff was born May 25, 1963 in Crookston, Minnesota the son of Orville and Arlene (Johnson) Ortloff.  He grew up in Crookston where he graduated high school in 1981.  Reed attended the University of Minnesota Crookston where he studied Natural Resources.  He lived in Crookston his entire life where he had worked for Simplot until its closing and later for Phoenix Industries.    Reed enjoyed hunting, fishing, Star Trek, Planet of the Apes and all things science fiction and mathematical.  He was a wonderful uncle that never missed a single birthday when it came to family.    He was a member of the Crookston Gun Club and was very active with the assisted living community, always participating in the pot luck dinners.   Reed is survived by his mother, Arlene of Crookston; a sister, Lisa (Willard, Jr) Meine of Crookston; nieces, Angelica (Jed) Shanley of Crookston and Katrina Meine of International Falls, MN; nephews, David and Dominic Meine both of Crookston.   He was preceded in death by his father, Orville and a brother in infancy.

To order memorial trees or send flowers to the family in memory of Reed Ortloff, please visit our flower store.