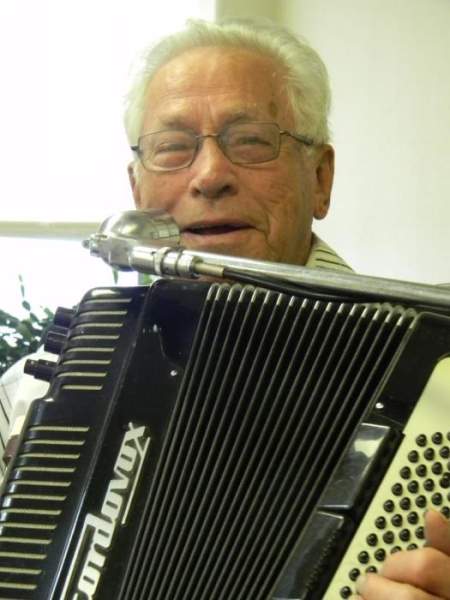 Ralph Harlen Hagen, 92, of Crookston, MN, passed away peacefully with family by his side, Friday, January 5, 2018, at Valley Eldercare, in Grand Forks, ND.

Ralph was born on December 5, 1925 in Brainerd, MN, to Ruth Mulholland, and was later adopted by his parents Ephriam and Annette (Strom) Hagen, a few years later. Ralph grew up in the McIntosh and Erskine, MN area, where he attended country school just outside of Erskine. In 1943, Ralph moved to Crookston, MN, and a year later would join the US Navy, where he would serve on the USS President Jackson APA-18, from 1944-1946.  Ralph would later meet the love of his life, MaryJane Delorme, while roller-skating in the Crookston area. The two would be united in marriage on August 1, 1951 at St. Anne’s Catholic Church in Crookston, MN. While in Crookston Ralph was a Chief Class A Stationary Steam Plant Engineer at several locations for over 40 years, including, the Mount St. Benedict, where he worked from 1946-1958, and then later at St. Joseph’s Provincial House from 1958-1988.  Ralph was also a part time deputy sheriff for Polk County and would help patrol the lakes area. In 1998, Ralph and MaryJane would decide to make their home in Apache Junction, AZ, where the couple had been spending their winters since 1988, until moving back to Crookston in 2012.

Ralph was a member of the Cathedral of the Immaculate Conception in Crookston, MN, as well as St. George’s Catholic Church during his time in Apache Junction, AZ. Ralph and MaryJane were also foster parents, fostering fifteen children over the years. Recently Ralph had been awarded the Beyond the Yellow Ribbon of Crookston Certificate of Honor Award for serving and defending the United States of America and the Crookston Community.

A Memorial Mass will be held to celebrate Ralph’s life on Saturday January 13, 2018 at the Cathedral of the Immaculate Conception in Crookston, MN, at 10:00am. Visitation with the family will be held one hour prior to the service.  The Very Reverend Vincent Miller will be presiding.  In lieu of flowers, the family wishes you would send offerings, so they can donate the money to areas of research, to honor Ralph’s wishes.

To order memorial trees or send flowers to the family in memory of Ralph Hagen, please visit our flower store.