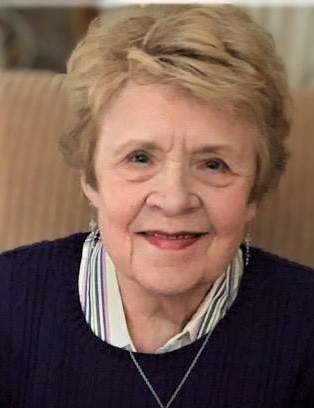 Priscilla was born on February 25, 1944, in Crookston, the daughter of Joseph (Joe) and Hazel (Frisbie) Veenstra. She grew up in the country with her younger brother in a loving home with a beautiful garden filled yard. This is possibly the reason she became such an amazing flower gardener and landscapist, receiving 1st place in the Crookston Garden Club Flower Show. Priscilla graduated from Crookston Central High in 1962. She enjoyed school and being involved in the Junior High and High School bands, marching band, as a bugler in the Crookston Drum & Bugle Corps, a member of Student Council, and the Central High choir and girl’s Madrigal choir. She was baptized in the Church of Christ, and belonged to the Triple Trio Choir and attended Sunday School, TEC, and 8 years of Christian Service Camps.

Priscilla was united in marriage to Jerry Amiot in 1963. They soon made their home in the country right next to her parents’ place, where they raised their daughter and 3 sons, and were later blessed to be reunited with her 2 daughters from before. She was baptized in 1972 at St. Anne’s Catholic Church and worked there from 1973 until they closed their doors. Priscilla then was employed by the Cathedral Parish where she was a member of the Hosanna Choir until leaving them in 1999. She was a grateful member of Alcoholics Anonymous and became very involved, attending meetings regularly, and sponsoring many members in their sobriety journey. There she met Richard (Rick) Waslaski and they became friends in the program for many years before marrying in 2002. They both remained very active members throughout their marriage. Priscilla celebrated 38 years of sobriety in October, 2021. She and Rick lived in Hastings, MN for seven years before moving to their home in Crookston over-looking the ten-step dam on the Red Lake River. Together, they worked tirelessly on a beautiful landscaping of flower beds, until Richard passed away on October 4, 2015.

The past few years for Priscilla had been filled with health issues, but also many blessings through her grandchildren’s and great-grandchildren’s lives, She was able to stay in her beautiful home with her children’s and close friend’s support. She cherished her family and loved spending as much time as possible with them.

She was preceded in death by her husband, Richard; parents, Joe and Hazel Veenstra; a brother, 2 fathers-in-law, 2 mothers-in-law, 4 brothers-in-law, and a sister-in-law. Blessed be the memory of Priscilla Amiot-Waslaski.

The Mass of Christian Burial celebrating Priscilla’s life will be held at 2:00 p.m., Wednesday, September 7, 2022, at the Cathedral of the Immaculate Conception in Crookston with Msgr. David Baumgartner, presiding. Livestreaming may be viewed at www.crookstoncathedral.com. Visitation will be on Tuesday from 5-7:00 p.m. at the Stenshoel-Houske Funeral Home with a 7:00 p.m. prayer service led by Deacon Dan Hannig and livestreamed at www.stenshoelhouske.com. Burial will take place in the Oakdale Cemetery, Crookston, at a later time.

Online message of condolence to the family may be offered at the funeral home website.

Please click here to view the video tribute
To order memorial trees or send flowers to the family in memory of Priscilla Amiot Waslaski, please visit our flower store.