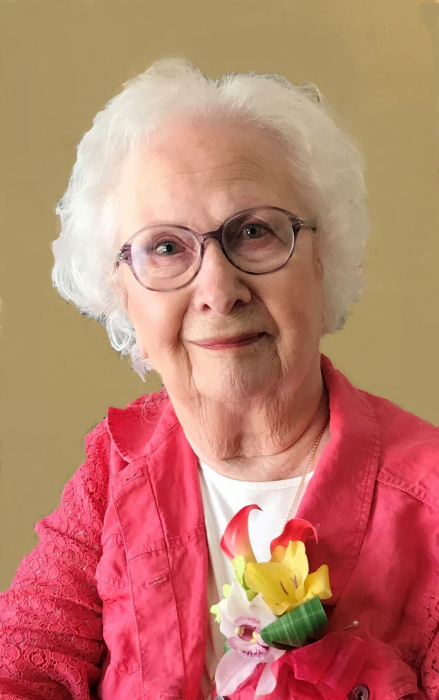 Princella Hilda Hiller, age 96, of Crookston passed away peacefully at home after a long illness on, Friday, October 19, 2018.  A private family funeral service will be conducted at a later date.  Inurnment will be in the Oakdale Cemetery in Crookston.

Princella Hilda West was born to Albert and Hilda Maria (Hokana) West on May 14, 1922 in Ludden, ND.  After high school, Princella attended business college which helped her attain a job at the Zeigler Co. It was there that Princella met Roy E. Hiller at a company picnic. They began dating and eventually got married on December 30, 1944. To this union one daughter was born, Pamela Kay Hiller. Soon after, the couple began moving with Roys job. First to Grafton, ND, then to Crookston and then on to Fergus Falls, MN. While in Fergus Falls, Princella and Roy began raising their grand-daughter Lori Ann Thomas at only 2 days old.  During this time, Princella worked as an Assistant to the Dean of the college in Fergus Falls. She added another job for a while, working at the Mental Health Center in Fergus Falls. In 1974 Roy’s job took the three to Crookston and they settled there. While there, Princella began working at the Housing Authority and soon became the Executive Director of the Housing Authority in Crookston.  She continued to hold that position until her retirement in 1982.

She will be remembered for her great cooking, and having a wonderful garden.  In Princella’s spare time she loved to sew clothing, reading just about anything, being on her computer and she was always looking for an opportunity to be involved in human need organizations. Traveling was also something Princella loved, especially as a family.

Princella is survived by her grand-daughter Lori Ann Thomas, Crookston.

To order memorial trees or send flowers to the family in memory of Princella Hiller, please visit our flower store.

Family to do services at later date