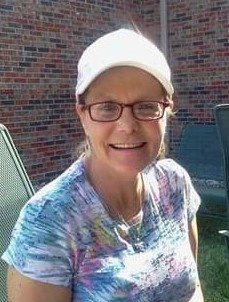 Peggy was born in San Francisco, CA on October 27, 1956, to Merrill Gustoff and Joanne (Wynne) Gustoff. As a young girl her family moved to Bloomington, Minnesota where she grew up.  When she entered her high school years, Peggy moved to Fosston, Minnesota where she lived with her grandparents Howard and Stella Wynne.  She graduated from Fosston High School with the Class of 1975. While in high school, Peggy was the head cheerleader for the Fosston Greyhounds!  Peggy was later united in marriage to Mark Bradley LaFriniere at Mahnomen, Minnesota. The couple made their home in Bemidji, Minnesota for a time and that is where son, Joseph, was born. After moving to Fort Walton Beach, Florida, Peggy and Brad established a wallpapering business known as Paper Dolls. They also welcomed daughter, Jessica, who was born a few years later.

Peggy eventually moved to Thief River Falls, Minnesota and attended nursing school graduating as an LPN. She was employed in hospital settings for a number of years while also devoting her life to being a loving mom and homemaker. She came to Crookston in 2017, to live with Jessica.

Peggy is survived by her loving daughter, Jessica LaFriniere, of Shakopee, Minnesota; mother, Joann Kartes of Lenox, Iowa; and younger sisters, Kristi Ritchie of Lenox, Iowa and Lauri Gustoff of Grove City, Minnesota; along with many other relatives and friends. Peggy was preceded in death by her husband, Brad LaFriniere; son, Joe LaFriniere; and her father, Merrill Gustoff.

A memorial service celebrating the life of Peggy Ann Gustoff will be held at 2:00pm, Tuesday, July 12, 2022, at the Stenshoel-Houske Funeral Home in Crookston, MN with Celebrant Trey Everett, officiating. Visitation will be for one hour prior to the service. The service will be livestreamed by going to Peggy’s obituary page at www.stenshoelhouske.com and clicking on the prompt to view.

Messages of condolence may be offered to Jessica at www.stenshoelhouske.com

May she be at peace in God’s loving care

To order memorial trees or send flowers to the family in memory of Peggy Gustoff, please visit our flower store.