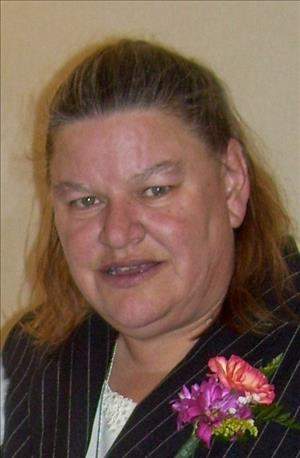 Patricia Rose King, 52, of Crookston, MN, died of natural causes at her residence on Thursday, January 12, 2017. Patti, as she was affectionately known by her family and friends, was born at St. Paul, MN on January 9, 1965, to her birth-mother, Ramona "Noni" Paulson. On January 19th she was adopted by her loving parents, Ralph and MaryJane (Delorme) Hagen, of Crookston. While growing up in Crookston, Patti was baptized and confirmed at the Cathedral of the Immaculate Conception and graduated from Central High School in 1983. She was united in marriage to Jeffrey Lynn King on March 14, 1997 at Indianapolis, IN. Throughout her life Patti had lived and worked on both coasts of the United State and places in between, including California, North Carolina, Indiana, Arkansas, Minnesota, and elsewhere. She was employed as a photographer, worked for a carnival, and for 10 years was with Digi-Key in Thief River Falls. In recent years Patti also attended the University of Minnesota-Crookston before transferring to Northland Community and Technical College in East Grand Forks, MN, where she earned an Associate Degree with Academic Excellence in 2013. She was proudly inducted into Phi Theta Kappa there in 2012.

Patti found her birth-mother in February of 2013. They and their families were delighted to get to know each other. She loved spending time with her grandchildren, and was always excited to see them. She had a cat named Teddy that she loved very dearly. Patti was very loved by all who knew her and will be deeply missed. Loving family members include her daughter: Rebecca Lynn Strand (Jeremiah Smith) of Thief River Falls, MN; granddaughter, Gracelynn Marie Strand; step-son, Jeffrey King Jr. (Megan Martin) of Newfolden, MN; step-grandchildren: Alana, Mariah-Jane, and Cameron King; father, Ralph Hagen of Crookston, MN; birth-mother, Noni Bordwell of Albuquerque, NM; siblings: Kenneth Hagen (Lori Kinney) of Coon Rapids, MN, Duane (Kerri) Hagen of Langdon, ND, and Ruth Hagen (Christian Carrico) of Strandquist, MN; half-brother and sisters, Ginger (Cameron) Lacy of Mountain View, CA, Pepper (Marz) Cooper of Albuquerque, and Danny Bordwell of Palmer, AK; dear friends, Jan Smit and Bruce Christensen of Crookston, and many aunts, uncles, nieces, nephews, cousins, and other relatives. She was preceded in death by her mother, MaryJane, who died on July 6, 2013; 6-month old granddaughter, Aurora Rose King, who died on August 19, 2013; step-father, Ross Bordwell, who died on May 9, 2014; and an infant sister, Mary Hagen. May God bless Patti's memory. A Memorial Mass of Christian Burial for Patricia Rose King will be held at 10:30 a.m., Saturday, January 21, 2017, at the Cathedral of the Immaculate Conception in Crookston, MN, with The Very Rev. Vincent Miller, presiding. Visitation with the family will be for one hour prior to the service. Inurnment will take place at the Calvary Cemetery in Crookston in the spring. www.stenshoelhouske.com

Visitation with the family will be for one hour prior to the funeral.

To order memorial trees or send flowers to the family in memory of Patricia King, please visit our flower store.