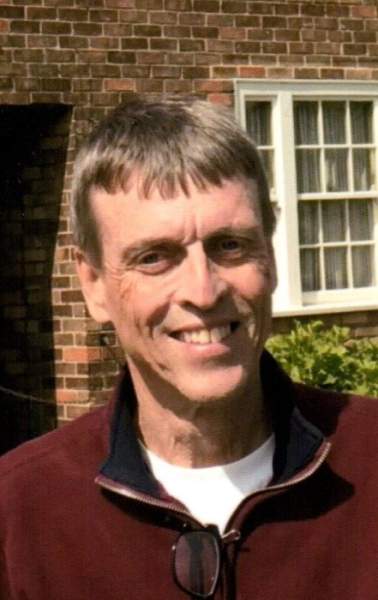 Owen Edward Williams, age 63, of Crookston, MN, passed away on Wednesday, January 22, 2020, at his home with his family by his side.

Owen was born on February 29,  1956, in Miles City, MT, and moved to Eldorado, WI, in 1964.  He was raised in Eldorado and graduated from Laconia High School in Rosendale, WI, in 1974.  Afterwards, he went on to study at the University of Wisconsin in Oshkosh earning Bachelor’s and Master’s degrees in Library Science.  He then earned another Master’s degree in Information Technology from Emporia State University in Emporia, KS.  He started working at the library at the University of Minnesota Crookston in 1983 and retired in 2018 as the Director of the library.  In 1991 he was married to Linda Weis at the Cathedral of the Immaculate Conception in Crookston, MN.  In his free time Owen was a Wisconsin sports fanatic avidly following the University of Wisconsin Badgers, Green Bay Packers, and especially the Milwaukee Brewers.  He enjoyed playing racquet ball and tennis and coached all his son Sean’s sport teams when he was younger.

Owen is survived by his wife Linda Williams of Crookston, MN; son, Sean Williams of Dilworth, MN; siblings, Karen (Douglas) Jarvis of Eldorado, WI, Patrick (Janet) Williams of Brookfield, WI, and Sharon (Thomas) Isaac of Germantown, WI; and many nieces, nephews, cousins, and friends.  He was preceded in death by his parents, and brother and his wife, Michael and Felicie Williams.

In lieu of flowers memorials are preferred.

Mass of Christian Burial for Owen will be celebrated at the Cathedral of the Immaculate Conception in Crookston at 2:30 pm, on Tuesday, January 28, 2020, with The Very Rev. Vincent Miller, presiding. Visitation will be at the Stenshoel-Houske Funeral Home on Monday, January 27, 2020, from 5:00 pm - 7:00 pm, with a 7:00 pm prayer service and time of sharing, and will continue at the church for one hour prior to the funeral. Interment will be at St. Mary’s Cemetery in Eldorado, WI, at a later date.

To order memorial trees or send flowers to the family in memory of Owen Williams, please visit our flower store.