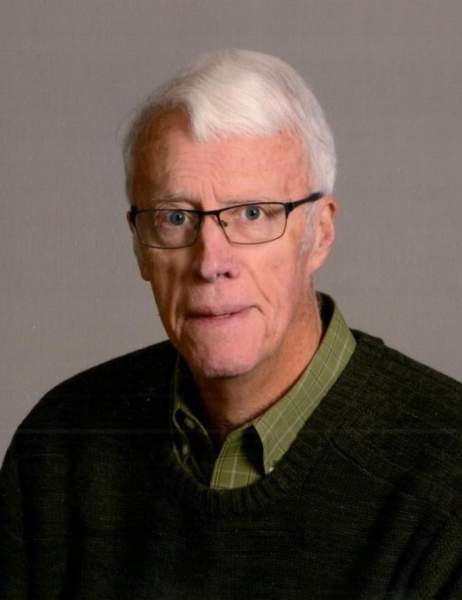 Odine Edward Smulan, 84, of Crookston, MN, passed away at his home Saturday afternoon, December 28, 2019, comforted knowing that his loving family was at his side.

Odine was born on January 4, 1935 at Prairie City, IA and grew up in Veblen, SD where he lived with his mother, Jordis Smulan. He was educated in Veblen schools and graduated from Veblen High School with the Class of 1953. Odine met the love of his life, Donna Mae Lee, and the two were united in marriage on February 17, 1957 at Bergan Lutheran Church near Lidgerwood ND. They made their first home in Veblen where Odine was employed at the Veblen Bank and Donna worked for the local hospital. On April 4, 1958 he entered the US Army and served in the Accounting Section of the 503rd Administrative Company of the 7th Army. He was sent to the Army Finance School for the study of Finance Procedures which also included coursework in the Code of Conduct, Geneva Convention, and Military Justice. During much of his tour of duty Odine was stationed overseas in Frankfurt, Germany and Donna was able to join him there. For his service to his country he was awarded the Good Conduct Medal and Expert Marksman Badges with Carbine and Rifle. Odine received his honorable discharge on the 25th of March, 1960. He and Donna then moved to Crookston and he began working for the Crookston National Bank. He and Donna were blessed by the births of their two children, Darcy and Darren. Odine would later become an independent insurance agent, owning his own agency in Crookston from its beginnings in the early 1970’s to the present time. He still maintained regular office hours right up to the day he passed away because it was very important to Odine that he be available to all his clients whom he also considered to be his friends. Additionally, he was also a partner in the Crookston Happy Joe’s Pizza Parlor to the present time.

Odine and Donna enjoyed a wonderful life together, watching their children grow up and succeed; and proudly supporting their grandchildren, whether it be a school activity or sporting event. They loved golfing together at Crookston’s Minakwa Golf Club or playing with their own groups of gals and guys. Sadly, Donna passed away on September 27, 2011. Odine continued to live in the Sampson’s Addition home where he and Donna had found such happiness. He enjoyed sitting on his deck watching the birds and squirrels, and spending time with his family. He also continued to enjoy many lifelong friendships. Odine was a devoted member of Trinity Lutheran Church where he was head usher for the 7:45am Sunday service for many, many years. He served for several terms in local government as a Crookston city alderman and was a longtime member of the Kiwanis chapter. Odine was a wonderful husband, dad, grandpa, great-grandpa, and friend. He will be missed dearly.

Odine is survived by his daughter and son-in-law, Darcy and Mark Pester, and son, Darren Smulan, all of Crookston; 4 grandchildren and 6 great-grandchildren: Carmen and Chad Knutson of Fisher, MN and their children: Chandler, Clayton, and Conley; Christian and Sarah Pester of Crookston, expecting their first child in May; Kelsey and Kean Nelson of Havana, ND and their children: Cameron, Allison, and Eden; and Missy Smulan of Grand Forks, ND. Odine was preceded in death by Donna, his beloved wife and best friend of 54 years; his mother and father, Jordis and Sidney Oland; and parents-in-law, Harold and Borghild Lee. May God richly bless the memory of Odine Edward Smulan.

A memorial service for Odine Smulan will be held at 10:30AM, Saturday, January 4, 2020, at the Trinity Lutheran Church in Crookston with The Rev. Greg Isaacson, officiating. Visitation with his family will be at the Stenshoel-Houske Funeral Home on Friday from 5-7pm, with a prayer service and time of sharing at 7pm, and will continue at Trinity for one hour prior to the funeral. Military Honors will be provided by the Crookston Veterans Council. Inurnment will take place in the Columbarium at Oakdale Cemetery in Crookston. Memorials may be given in Odine’s name to the Trinity Lutheran Church or any other designation of choice.

To order memorial trees or send flowers to the family in memory of Odine Smulan, please visit our flower store.