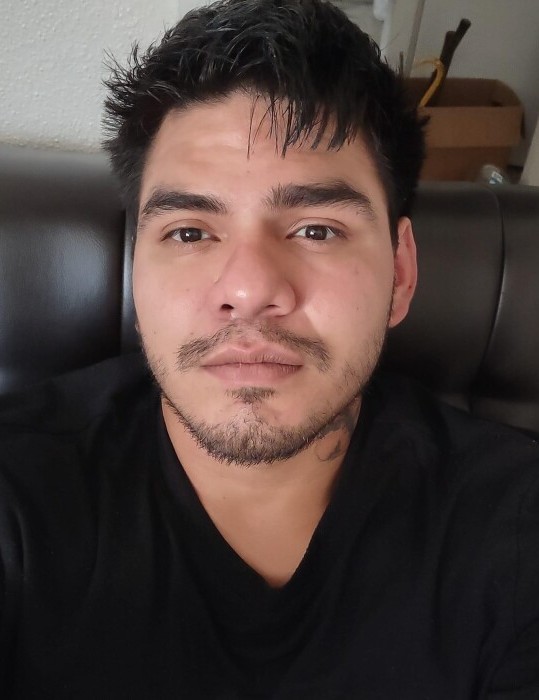 Octavio Benevidez Jr., 28, of Crookston MN, died accidentally in Crookston on Thursday, September 23, 2021, when struck by a train while walking on the tracks with his back to the train, listening to loud music on his headphones.

Jr, as he known throughout his life, was born in Crookston on February 1, 1993, to the union of Octavio and Juanita (DeLeon) Benavidez. His early years were spent living between Cotulla, TX and Crookston. In 2010 he became a fulltime resident of Crookston. Jr was educated in the Crookston public school system. He had currently been employed in both the housekeeping and banquet departments of the Crookston Inn. Jr liked working there where he had made several good friends.

Jr was a traveler and a free spirit. At a moment’s notice he would strap on his backpack and set out, not necessarily going far but just wanting to stretch his horizons a bit. He believed in living life day to day. Jr had been a gamer for several years. He loved spending time with his nieces and nephews, and with friends who had all remained true to each other since high school. Jr had what could best be described as a unique personality and a terrific sense of humor. He liked being the life of the party and playing loud music, just as he had been doing at the moment of his untimely death. Jr will be very sadly missed.

The memorial service for Octavio Benavidez Jr. will be held at 10:30 a.m., Thursday, September 30, 2021, in the Stenshoel-Houske Funeral Home in Crookston with Celebrant Trey Everett, officiating. Visitation with Jr’s family will be for one hour prior to the service. The funeral will be live streamed by logging on to www.stenshoelhouske.com 10 minutes before the scheduled start, going to the bottom of Jr’s obituary page and clicking on the prompt to view.

Our apologize at this time the live stream server is experiencing some difficulties.  Please come back video will be uploaded.

To order memorial trees or send flowers to the family in memory of Octavio Benavidez Jr., please visit our flower store.