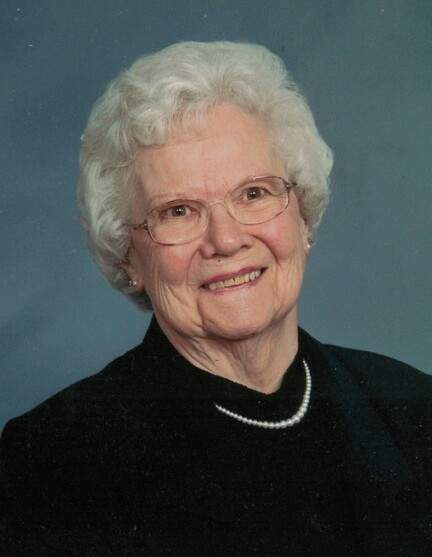 Neva was born on October 18, 1929 on the farm of her parents, Earl and Jessie (Kiltie) Davis, in Scandia Township, rural Beltrami, MN. She was baptized and confirmed in the Lutheran faith and began her education in a country school near the farm before going to the elementary school in Lockhart, MN. The Davis family moved to Crookston on December 7, 1941, the very day of the attack on the Pearl Harbor Naval Station. Neva attended Central High School and during her freshman year began working as a waitress at the Commercial Hotel and Bus Stop. On March 12, 1946 she was united in marriage to Truman E. Wermager. The newlyweds made their home in Crookston and would soon be blessed by the births of their 4 children: Loretta, Wayne, Jerry, and Pamela.

Neva loved her roles as wife, mom, and eventually grandma, great-grandma, and great-great grandma. She loved her family dearly and was so very proud of each and every one. Neva was truly the center of her family’s universe. As a woman of deep and abiding faith she was a devoted member of Our Savior’s Lutheran Church and the Evening Guild. She was very active in the Campfire Girls with Loretta and Pam, serving for many years as a leader and secretary of the organization. She was also vice-president of the McKinley School PTA, remaining in that post for some time as well.  During her working career Neva held full-time positions of employment at different times with many Crookston businesses including Pantorium Cleaners, Paddy and Paul’s, Robert’s Restaurant, 900 Cab, Johnny’s, and the Sweet Shop to name a few. Neva knew everybody, and everyone loved Neva! She closed out her working life as manager of the Polk County Courthouse Coffee Shop before retiring in 1985. That of course meant more time to spend in her beautiful flower gardens around her home and listen to the birds when they stopped by to say hello. The really special times were always devoted to holding and cuddling the grandkids. In 2018 she moved to the Summit Apartments from the home where she and Truman had first settled into back in 1946. It was hard for her to adjust to at first but she came to love her new surroundings. There were certainly times of great sadness in Neva’s life with the passing of Truman on October 1, 1989; and the losses of her son, Jerry; daughter, Loretta; son-in-law, Ronnie; and infant great-grandson, Austin. What a joyful reunion that must have taken place in Heaven this past Sunday morning!

Treasured be the memory of Neva Lorrayne Wermager. To which she would probably have responded, “Whatever”!

The funeral service celebrating Neva’s life will be held at 11:00 a.m., Thursday, July 29, 2021, in Our Savior’s Lutheran Church, Crookston, with The Rev. Steve Bohler, officiating. Visitation will be from 9:30 a.m. until the time of the service. Interment will follow in Oakdale Cemetery, Crookston. The funeral will be livestreamed by going to Neva’s obituary page at www.stenshoelhouske.com and at the bottom of the page clicking on the prompt to watch. In lieu of flowers memorials may be given in Neva’s name to any organization of choice.

To order memorial trees or send flowers to the family in memory of Neva Wermager, please visit our flower store.