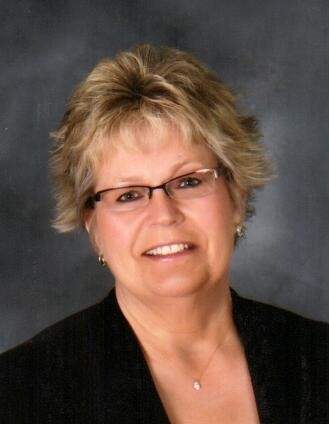 Nancy Lee Asman, 65, a lifelong Crookston, MN resident, passed away at her home Monday morning, February 18, 2019, after a long and courageous battle with cancer. She was comforted by the love of her family who were all at her side.

Nancy was born in Crookston on May 8, 1953, the middle child of three of the union of Joseph and Frances (Melbye) Helgeson. She was baptized and confirmed at the Trinity Lutheran Church, received her education in the Crookston school system, and graduated from Central High School with the Class of 1971. While in high school and after graduation Nancy was employed at Fashion City. She later worked for Earl Lucht at his bakery, and then for 18 years shared the office with her mother at the Farmers Union Oil Company. In 1974 Nancy met Howard James Asman and they began dating. On August 9, 1975 they committed themselves to one another and exchanged wedding vows in a ceremony held at Trinity Lutheran Church. Their love story continued to grow over the years as they became a family, welcoming daughters, Amy and Amber.

Nancy’s employment in the community continued as a custodian at Our Savior’s Lutheran School and later for the Northland Inn. In 1999 her working career brought her to the Washington Elementary School, where she wore many hats; mainly devoting her time to the library, but also as an instructional aide tutoring kids who needed a little extra help, serving as a cafeteria aide, being out on the playground, and assisting with the After-School Care program. Nancy brought joy wherever she went throughout the school. She loved the students, and they loved her; and to this day there are countless numbers of kids who remember that nice Mrs. Asman, who was always so kind to them and had plenty of hugs to share. As her health began to fail, Nancy retired from the school in the fall of 2018. Shortly thereafter she was presented the prestigious Outstanding Service to Pirate Youth Award (O.S.P.Y.) in recognition of her selfless dedication and all she meant over the years to the students, “her kids,” and the teachers and staff of Washington School and the District, “her family.”

Nancy was a devoted member of the Trinity Lutheran Church and had also held membership in the Eagles Auxiliary for the past 45 years. She served the Auxiliary as president for terms in 1986-87 and 2014-15, was named Mother of the Auxiliary in 1990-91, was honored as Eagle of the Year in 1997-98, and enjoyed her honorary title of mother during Amy’s presidency. Nancy was an avid bowler for many years in both the Ladies’ Night League, and with Howard, and her brother and sister-in-law, Gary and Debby Helgeson, in the Mixed

Doubles League. She enjoyed traveling and quiet times listening to music. She considered herself fortunate to have many lifelong friendships, notable among those, “The Fab Four,” which she is now a part of in spirit.  Very sadly, Nancy had to give Howard up to heaven on December 28, 2009, but her family rejoices that they are together again. Nancy will be remembered by family and friends alike for giving the best hugs. Hugging was such an important gesture to her, and one that will be carried on in her memory for years to come.

Nancy’s passion was being with her family, especially her 3 precious grandchildren: Blaine, Reese, and JJ, who meant more to her than anything in the world. She loved watching Blaine grow to become the wonderful young man he is today. She beamed with pride whenever she was able to watch him perform, whether on stage, or playing piano in the hospital lobby. When Reese came into the world, that was all it took to overcome her fears of driving to the Twin Cities to visit them in Crystal. In fact, Nancy was even known to make an occasional surprise week-end visit. One of Reese’s favorite things about coming to Crookston was visiting “Grandma’s Library” at Washington School. The two would share their passion for books, as evidenced by the mountain of books Reese has in her “home library,” many of which were gifted from Grandma. Though JJ is only 6 months old he and Grandma had a special bond, and they would light up when seeing each other. He was truly the right medicine when times were rough and helped distract Grandma from the reality of her illness. All it took was a simple “how’s Grandma’s boy” and JJ would fill the room with his smile, and for that moment Nancy was in her happy place.

Memories of Nancy will forever remain in the hearts of her daughters: Amy Asman and her fiancée, Cassie Kappelhoff, of Crookston, MN, and Amber Wychor and her husband, James, of Crystal, MN; her 3 beloved grandchildren: Blaine Asman, and Reese and JJ Wychor; 2 brothers, Gary and wife, Debby Helgeson, and Tom Helgeson of Crookston, and Stephanie Helgeson of Mentor, MN; foster-sister, Janet Doda and husband, Jim, of Dorothy, MN; 2 nephews, Joe Helgeson and Alyson Helgeson, and their children, Camden and Hallie, of Montevideo, MN, and Eric Helgeson, wife, Michelle, and their children, Elizabeth and Grace, of Crookston; aunt and uncle, Donna and Doug Beiseker of Crookston; sisters-in-law and brother-in-law, Chuck and Elaine Asman of Slayton, MN and Judy Ralston of Mountain Home, AR; and many cousins, extended family, and friends. In addition to Howard, her beloved husband and best friend of 34 years, Nancy was preceded in death by her parents, Joseph and Frances Helgeson; parents-in-law, Bob and Dorothy Asman; and aunts and uncles: E.R. “Butch” and Noella Melbye, Vernon “Bud” and Carolyn Melbye, Dolores and Adolph Isaacson, and Virginia and Norman Dufault.

The funeral service for Nancy Asman will be held at 4:00pm, Tuesday, February 26, 2019, at the Trinity Lutheran Church in Crookston with The Rev. Elise Pokel, officiating. Visitation will be at the Stenshoel-Houske Funeral Home on Monday, February 25, 2019, from 5-7:00pm, with a 7:00pm prayer service and sharing of memories, and will continue at the church for one hour prior to the funeral service. Inurnment will be in the Oakdale Cemetery, Crookston, in the spring.

To order memorial trees or send flowers to the family in memory of Nancy Asman, please visit our flower store.